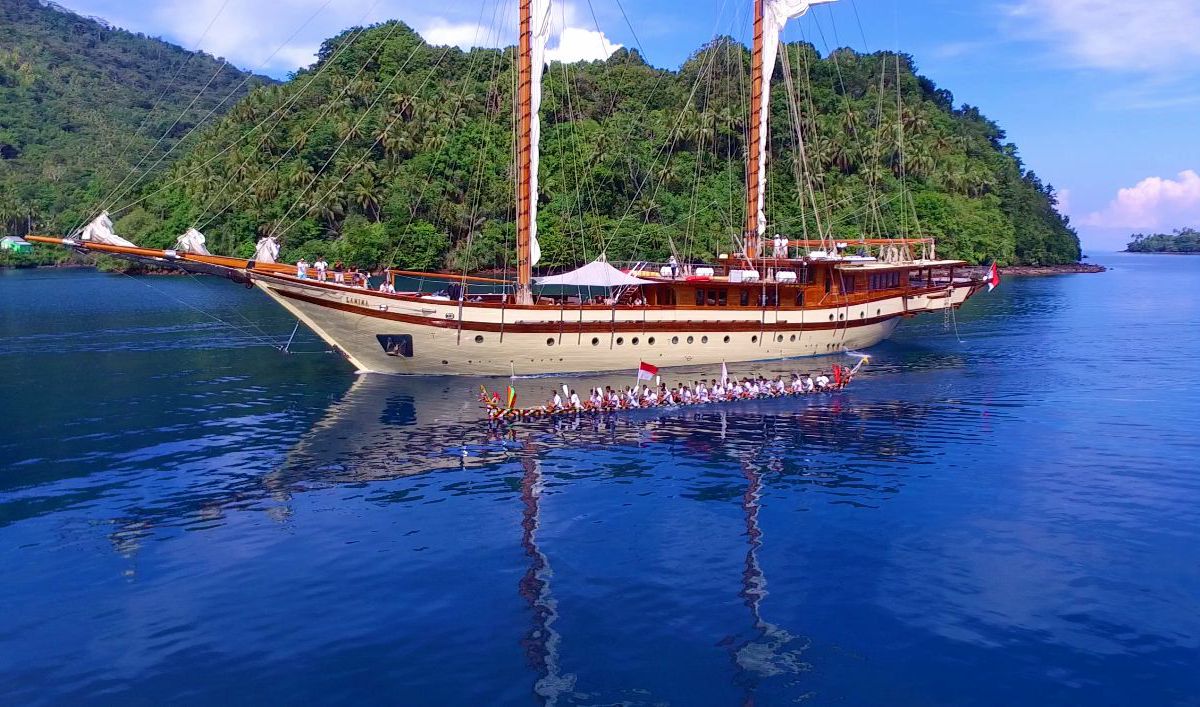 Banda Neira: A Fascinating Past Cloaked In Nature’s Beauty

Stretches of the vast blue ocean as far as your eyes can see, lush green vegetation, and the aroma of nutmeg filling the air presents a stark contrast to the decaying ruins of Dutch colonial architecture and reminisces of the past. That’s Banda Neira, one of the ten islands that comprise the Banda group, situated in the Maluku province, southeast of Ambon, Indonesia.

Banda islands witnessed some of the most tragic episodes of Maluku’s history when the Dutch East Indies Company (VOC) had the monopoly of spices trade in the 17th century. Even today, visitors can see the fascinating history lurking in the ancient structures. However, tourists remember the island not just for its intriguing past but the aromatic tropical evergreens, colorful corals, and exquisite ocean life.

Getting to Banda Neira

Although the Banda islands are off the beaten track, attempts to improve tourism in the area have made them easily accessible. The easiest way to get there is through the Pattimura Airport, about 36 km from Ambon. Then hire a car to take you to Tulehu Harbor, which is an hour’s drive from the Ambon city center.

From the Tulehu Harbor, you need to board the Express Bahari fast boat that takes 6-7 hours to take you to Banda islands. Another alternative is to take the Pelni ship that offers a ride every two weeks to the Bandas.

Another alternative is to charter a luxury yacht in Indonesia so you can enjoy Banda Neira islands and other interesting islands near the Bandas. This alternative will not only allow you to customize your holiday itinerary but will also give you the liberty to choose the best time that would suit your schedule. 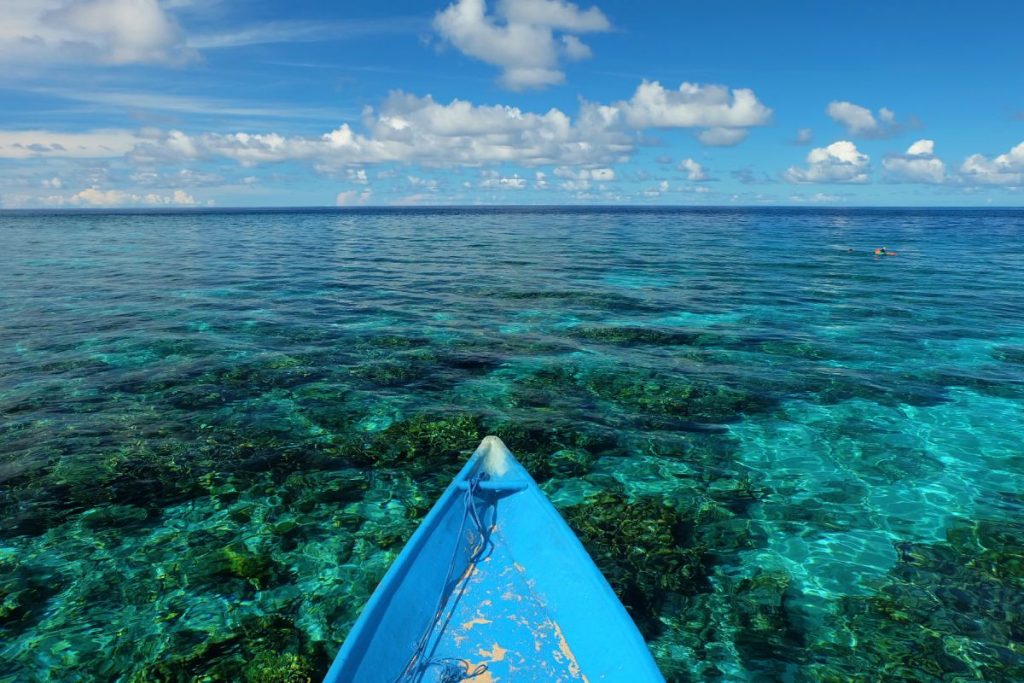 What To Expect In Banda Neira

Lined with Myristica Trees and covered in lush green vegetation, the Banda Neira is a tropical haven amidst the sparkling sea. Look around and you can see reminiscences of the old and powerful Dutch colonization. There are huge forts and palaces that are fast crumbling due to the merciless sun but still stand tall and tell stories of the past.

Although Banda Neira has seen several earthquakes and volcanic eruptions (the recent volcano erupted in 1988), the water is crystal clear and boasts a thriving ocean life and breathtaking corals. From the towers, you can see a sweeping view of the spectacular quiet harbor enveloped in nutmeg groves and powdery beaches.

As one of the most prominent and attractive islands in the archipelago, Banda Neira is where the past and present, beauty and grim, ruins and revival go hand in hand. The empty governor’s palace looks hauntingly beautiful and has a stern colonial air about it. The ruins of old statues and vast gardens remind you of a glorious era that thrived at the cost of the local people’s freedom.

When the smell of rare aromatic spices such as nutmeg and cloves fills the air, it reminds of the various wars, politics, and battles fought to gain the monopoly over spice trade. Today, Banda Neira is much more than the land of exotic spices. Its magnificent geography is filled with sun-kissed beaches, puffing volcanoes, tropical forests, and peerless coral reefs.

Whether you choose to enjoy the tranquil surroundings or dive deep into the water to explore the colorful reefs and exotic sea life, the choice is yours. 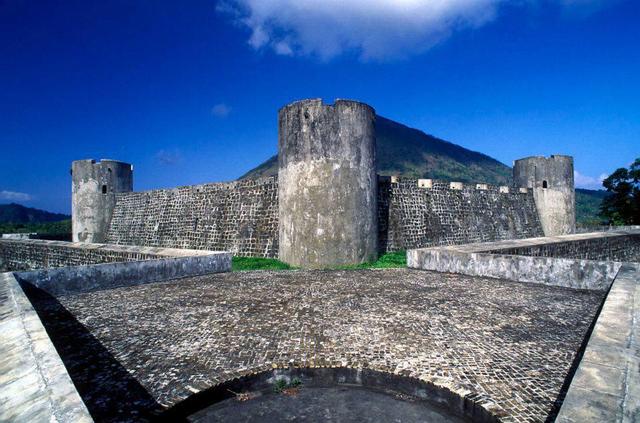 Fun Activities To Do

Banda Neira is famous for the old architectural structures and old sites such as Fort Belgica, a pentagonal-shaped building built in the 1620s. Another popular attraction is the Istana Mini or Mini Palace that was once the mansion of Dutch controller. Built in the 1820s, this building features bright floor tiles, colossal granite slabs, gigantic wooden doors, intricately carved beams, and shuttered windows.

Spend a day at the Rumah Budaya Museum to learn about the rich culture of the islands. The museum is home to centuries-old collections including basketry, clay pots, Dutch coins, old ship’s bell, and an ancient yet functioning gramophone. Also, don’t forget to visit the Dutch Reform Church that houses an intriguing collection of old Dutch tombstones.

Besides sightseeing, snorkeling, and scuba diving are the two popular water sports tourists can enjoy on the island. The ocean is brimming with healthy corals and colorful marine life of all sizes. Numerous diving sites spread across the island let you swim with the school of hammerheads and explore the majestic reefs.

You can also enjoy speed boating on the azure water. If you prefer to enjoy passively, relax on the non-crowded beaches or go on an island walking tour to soak in the untouched natural beauty.

Related article: 9 Ultimate Reasons Why You Should Charter A Luxury Sailing Yacht

Banda Neira is a hidden gem that stands as a testimony to the grim past but still emerges as a spectacular tourist spot worth exploring. The remoteness of this location has kept it uncorrupted by mass tourism with just a few travelers and odd adventures traversing the road less taken. If you plan to visit the island, we can promise you one thing; it will be worth it!