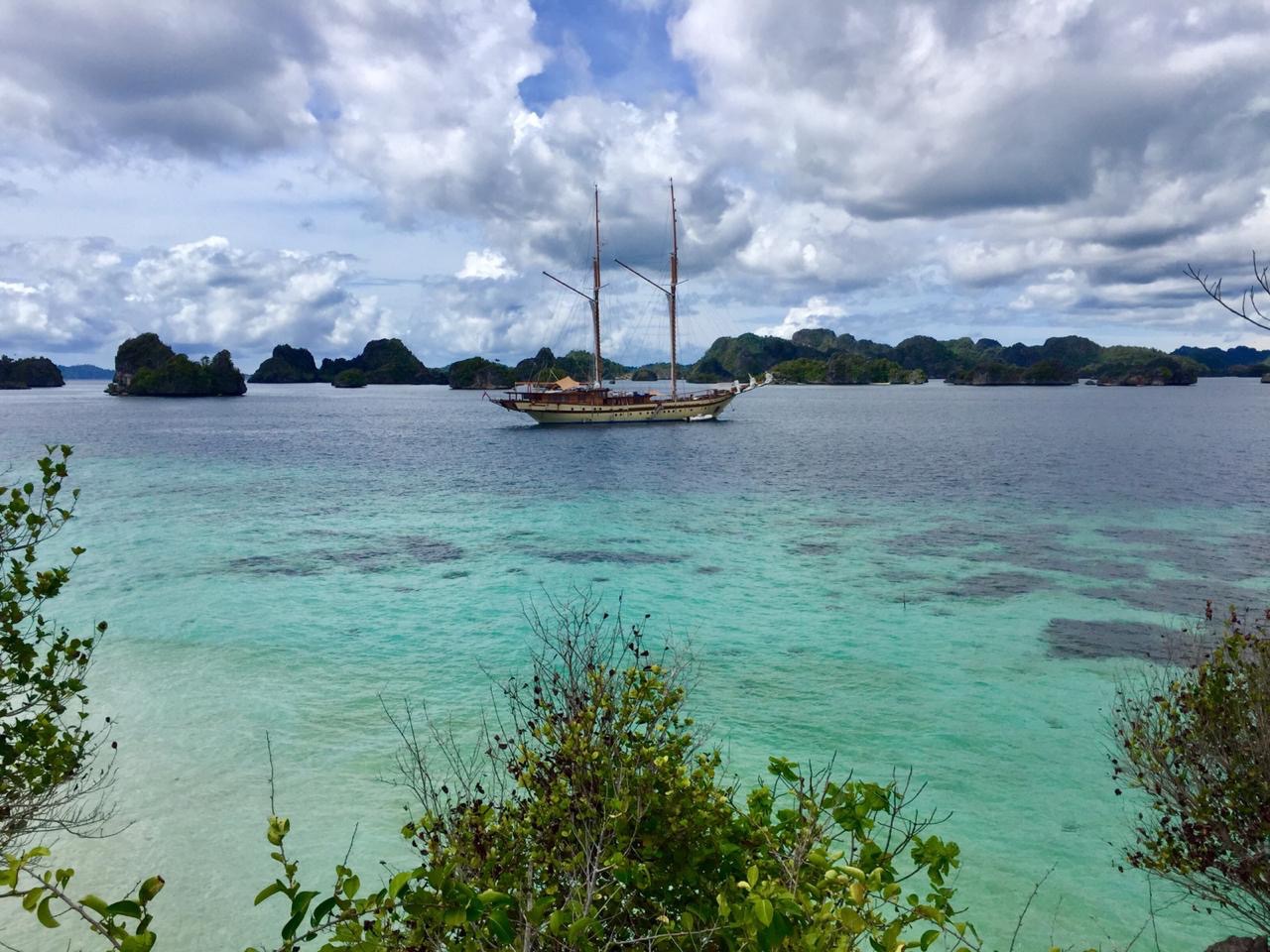 Empire of “The Four Kings” – Ecotourism in Raja Ampat

Splendor wraps an extraordinary spectacle deep in the remote parts of Indonesia. An empire of remarkable islands, a home to rich aquatic biodiversity, a haven to many marine species including those that are from the rare kinds, making countless divers plunge in awe. Located strategically in the heart of the Coral Triangle, making it acquire about 75% of the world’s coral species including some of the unique and endemic flora and fauna, Raja Ampat boasts for its divine abode that is deeply desired by adventure divers and cruisers who want to experience heaven on earth.

Spectacular above and beyond ombré waters, this diver’s mecca is relatively one of the finest wonders of nature known to mankind. Surrounded by a rich aquatic ecosystem, this group of islands is a gem on its own, being one of nature’s blessings that possess real beauty that has remained constant. The archipelago’s strategically hidden location makes its resources almost untouched by man. Its magnificence remains concealed from the eyes of men and has yet to be fully discovered, which is preferred to be that way for its beauty to remain eternal.

Indonesia’s Raja Ampat, whose name translates to “The Four Kings”, derived from a local myth, is an archipelago of an immense 4.6 million hectares with a seascape comprising of over 1,500 surrounding islands. It is located in the Northern West part of Papua, Indonesia. Its name is inspired by a legend where a woman finds seven eggs with four of them becoming kings of four main islands namely Waigeo, Batanta, Salawati, and Misool. The other eggs were believed to have become a woman, a ghost, and a stone.

Breathtaking natural locations, a country of long beaches that one can marvel under a tropical climate, and rich cultural heritage are only some of the facets that make Indonesia one of the world’s premier tourist destinations.

Indonesia holds more beauty that is more than what you can imagine which is undeniably proven by the serene allure of Raja Ampat. With the efforts of the Indonesian government and its initiative to promoting sustainable tourism in the country, the wonders of the Raja Ampat group of islands are now being promoted as one of the country’s finest ecotourism destinations. There is more to be discovered and the role of ecotourism must be solidified in order for these earth wonders to last a lifetime. 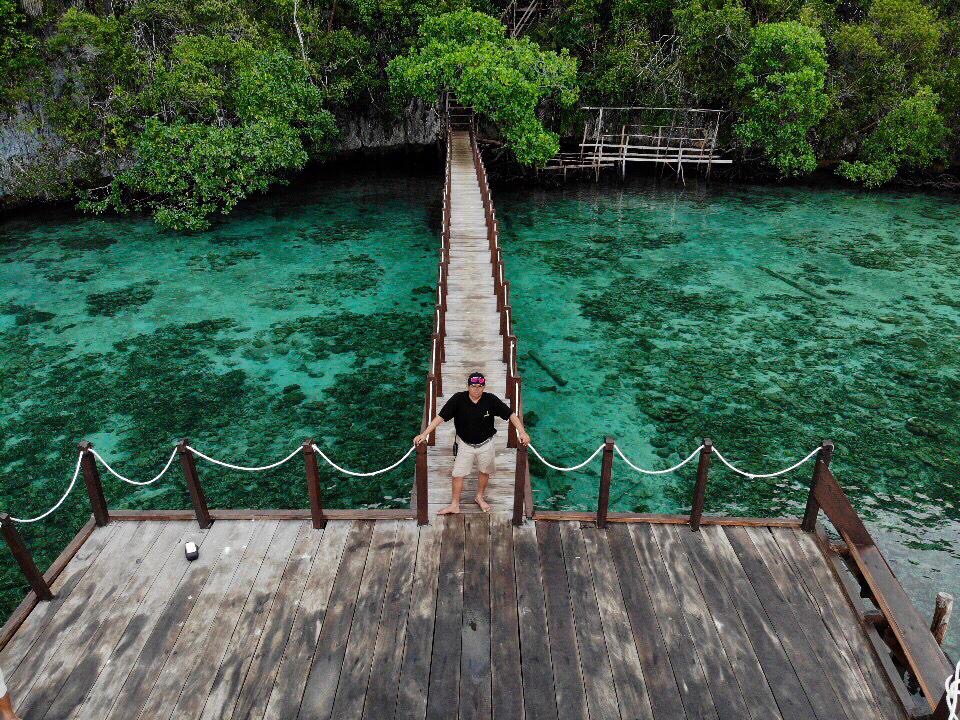 Despite its distant and isolated location, Raja Ampat experiences a momentous increase in the number of tourists every year that come to immerse in its natural awes. Expedition cruising season on the island is throughout November until May which are the dry months in West Papua. While the increase in tourism helps in the archipelago’s economic growth, there imposes pressure on compromising parts of the resources in order to accommodate the growing number of tourists.

Influenced by ancient times where protection and preservation of nature is the indigenous people’s way of life as the forests are believed to be the provider of all things, Raja Ampat maintains a sustainable and responsible ecotourism industry in respect to the olden belief. Presently, this way of life is being practiced in the local communities as well as imposed for the tourists to follow.

Recognizing the importance of having abundant marine wildlife, the Government of Raja Ampat Regency conjoined with The Nature Conservancy, Conservation International, and World Wildlife Fund Indonesia to establish seven Marine Protected Areas (MPAs) covering 9,100 km² within the archipelago which aims to protect the pristine coral nursery, a prized possession to the world.

Declared as a maritime regency in 2007 by the former Minister of Marine Affairs and Fisheries of the Republic of Indonesia, Mr. Fredi Numberi and avowed as a conservation province by the Governor of West Papua in 2015 followed by the issuance of the Manokwari Declaration in 2018 that seeks to commit conservation of up to 70 percent of Papua’s forests, the value of eco-tourism persist to exist in the region. Alongside the rise of tourism in the islands of Raja Ampat, the efforts to preserve its natural wonders are amplified by the local government, even establishing an Eco-tourism College in the University of Papua in Waisai to further improve the local skills in conservation tourism. From Ayau to Misool, Gag to Samate, and all the other islands that make up the Raja Ampat region have fully devoted and committed in the protection of its marine ecosystem and all other natural assets.

Recognized in each Papuan dwelling in Raja Ampat is a deep sense of pride in the natural abundance of their region that has been long well-known and reputable for its magnificence. Before the presence of any formal government and international support, the indigenous community of Raja Ampat has already been active in the preservation and has established an organization, Adat, formed by the ancestors dedicated to the upkeep and protection of the ecosystem. The Adat serves as guidance and philosophy of life that is deeply rooted in every tribe. Before there was conservation, the indigenous community already knew and practiced conservation.

They have vowed to protect the mangroves, the marine life, and forests from developments that could potentially contribute to its destruction, leaving only those that help in preserving the biodiversity and sustainability of the islands. Presently, the expatriates, resorts, accommodations, and other businesses in the region have respected and abided to the conservation principle hence putting it in action through mindful sourcing of their construction materials and other consumables, ethical and supportive labor, jungle treks and village walks that deepens the value of this core towards visitors. 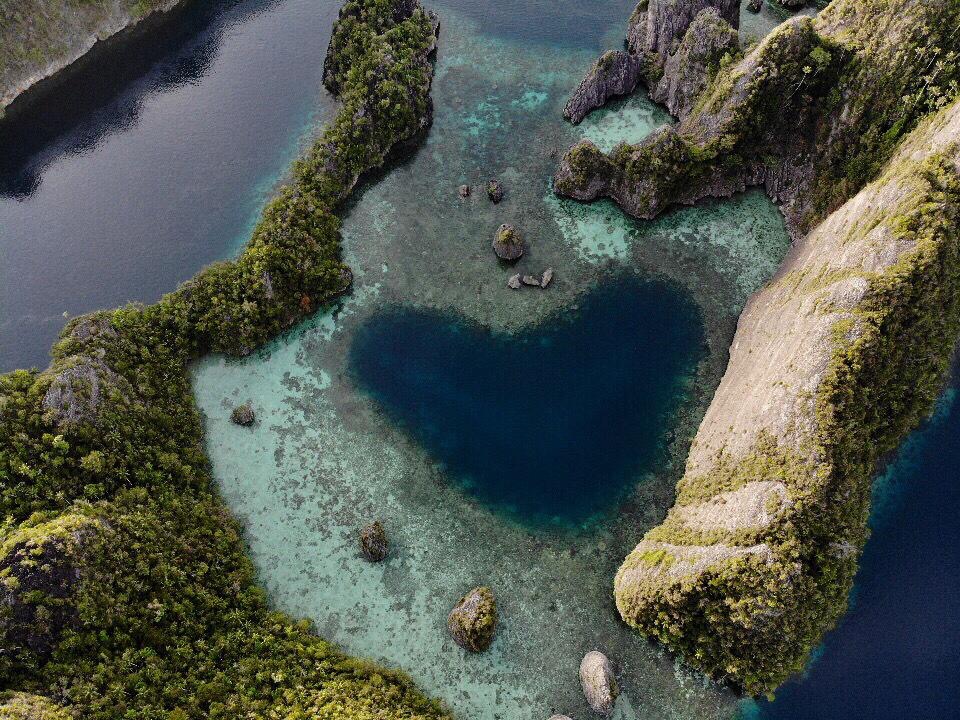 Blessed with an exotic and diverse nature life, above seas and beneath the surface of the vibrant azure water, the abundant natural ecosystem of Raja Ampat that has remained to be well-preserved is a sight that is not to be missed. The grandeur of the archipelago does not limit to its underwater charm that makes it a diving hotspot. It goes beyond diving to offer more impressive experiences that one should delight in when given the chance to explore this hidden jewel.

The gateway to Raja Ampat’s paradise, the port of Waisai, gives a different preview of the local town life and boats sailing to and fro the many islands of the archipelago. Waisai also has few diving and sightseeing spots including the virgin white sandy beach of Waiwo.

Renowned for its diving and snorkeling attraction, Raja Ampat has its own picturesque underwater paradise that is among the best in the world. Underwater photographers are treated with a colorful and dynamic display of the archipelago’s underwater ecosystem that breathes in the midst of infinite pristine water.

The archipelago being a maze of inlets, bays and coves provide a great venue for paddling around on a kayak while enjoying the clear waters and bizarre wildlife of Raja Ampat on a much intimate measure. Get closer to nature’s intricately-formed caverns edged with stalactites and unearth illustrations from ancient times.

An abundance that extends way above the waterline, Raja Ampat flaunts a natural beauty that is beyond measure. The numerous islands of the archipelago present scenic landscapes draped in a dense tropical forest, a cluster of ancient limestone, diverse plants like the famous Papuan Birds of Paradise and animal species like the sea turtles that nests on the beach. The island’s baroque topography is a picturesque preview of its wonders beneath the waves. 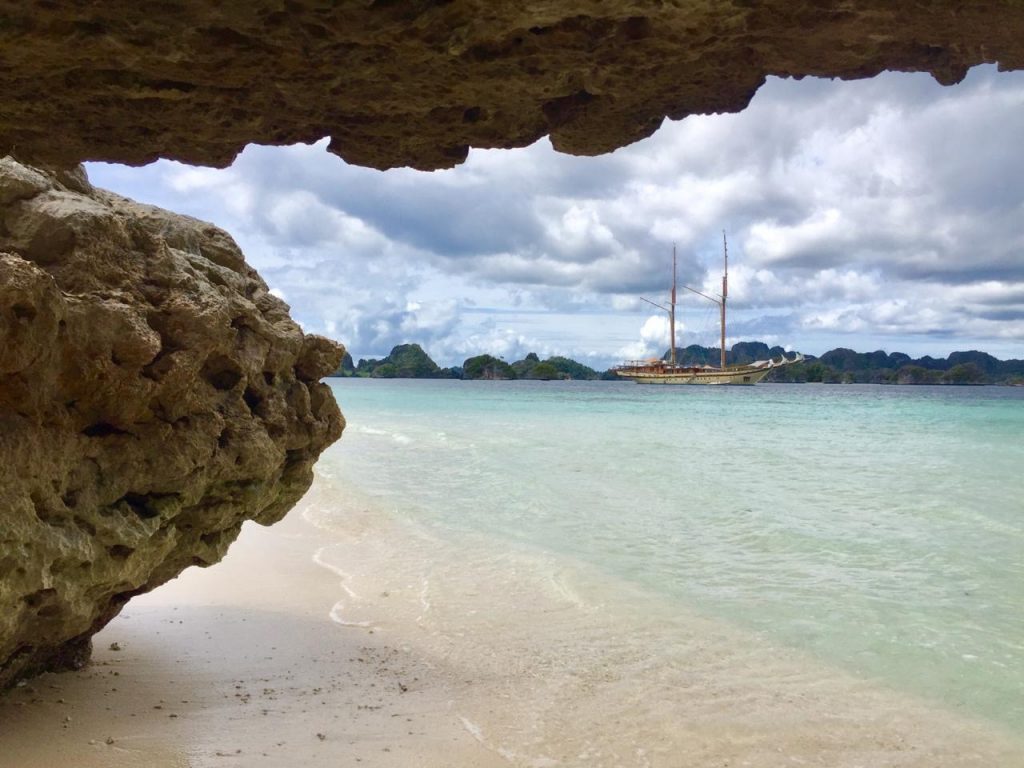 A destination so remote and untouched by time brings a nostalgic atmosphere that is best sustainably explored sailing onboard an iconic Phinisi-inspired yacht charter. Seafaring dreams amongst endless lucid waters and thriving rainforests that traces back to the age of discovery are visions fulfilled by the eco-friendly yacht charters of Lamima.

Operating on a sustainable cruising practice that makes use of the best renewable source of energy – the wind, and stroke engines that use fuel that produces zero or lower carbon emissions than that of a regular motorboat. Lamima is carefully designed to be a topnotch green charter boat that is a seamless fusion of the traditional wooden sailing yacht with the technology and amenities of a modern superyacht bound to sail in some of the world’s most remote and immaculate locations. Restful spacious cabins, cozy lounge areas, polished with wooden interiors and topped with impeccable service from an all Indonesian crew. Known to be the world’s largest wooden sailing yacht, Lamima is the first and only yacht in the region to receive a certification from the world’s leader in yachting certifications, RINA, in compliance with its systems and quality standards.

Envisioned to realize reveries of traditional sailing along unchartered locations while safekeeping the peace and natural life on the remote lands, Lamima upholds the value of sustainability and eco-tourism on the untouched islands of Raja Ampat. The private yacht charter ensures the preservation of the secluded islands and safeguards them from the perils of mass tourism. Using only amenities and products that are ecological and ethical, Lamima brings guests to the most stunning locations without compromising the illustriousness of nature.