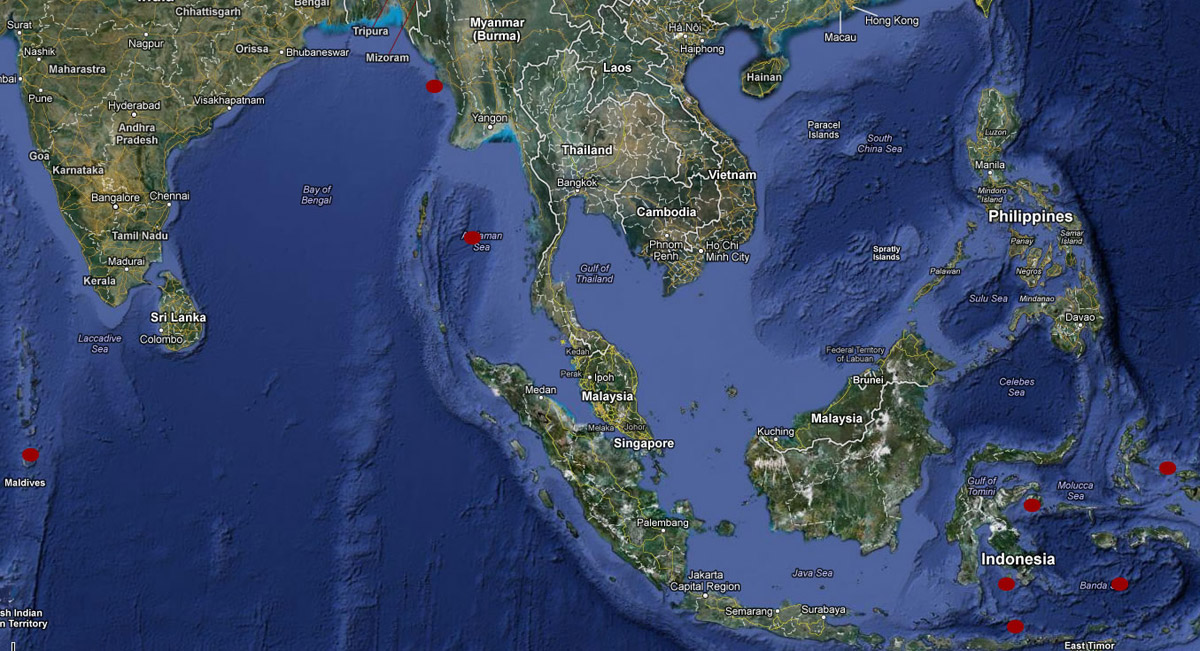 Indonesia has 17 508 islands, 6,000 of them populated, making it the world’s largest archipelagic country and, although variety and contrast characterize Indonesia, “Unity in Diversity” is the national motto.

The same sentiment could apply to a cruise aboard Lamima. Unity will be found in the companionship of those with whom you’ll share the comforts of your sailing ‘home-away-from-home’ (although the cuisine will certainly outshine mother’s). Diversity will be present in the ever-changing land- and sea-scapes, the endless activities they have to offer and, above all, in the many ethnic groups encountered along the way.

Lamima’s itineraries will be planned according to the cruising conditions for each area so whether you chose an eastern destination such as the Maluku Archipelago in the Banda Sea or Raja Ampat, or whether you prefer the western cruising grounds beyond the Strait of Malacca – Myamar’s Mergui Archipelago, the Andaman islands, or perhaps further afield to the Maldives – whichever itinerary you chose you can be sure a fair wind will blow you an exotic delight every day.

The eagle-like Garuda, a mythological creature representing creative energy, has been adopted by Indonesia’s population as a symbol of the natural exuberance of their 300 ethnic groups. Wherever you go, east or west, you will encounter this joie de vivre – and nowhere more than on board Lamima whose smiling Indonesian captain and crew are preparing to welcome you.

To date, the following destinations have been selected for Lamima’s itinerary:

This archipelago of stunning islands, located off the north-western tip of Indonesia’s Papuan Bird’s Head Peninsular on the island of New Guinea, comprises over 1,500 small islands, cays, and shoals surrounding the four main islands of Misool, Salawati, Batanta, and Waigeo, and the smaller island of Kofiau. 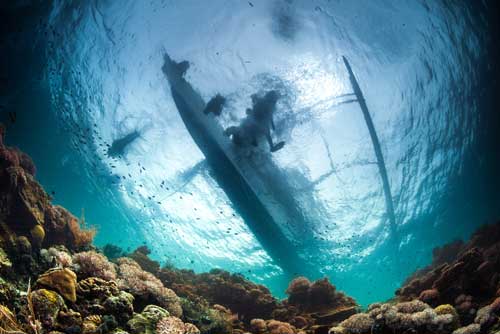 As beautiful above water as it is below, the island group lies in the heart of the coral triangle which is regarded as the most bio-diverse marine region on our planet.

Officially part of the Pacific Ocean but separated from it by hundreds of small rocky islets, this sea’s central area is relatively open and easy to navigate. A number of the Banda islands are active volcanoes and their volcanic soils are well suited for growing nutmeg, an indigenous crop. The inhabitants are mostly descendants of Javanese, Makassarese, and people from neighbouring islands brought in as labourers to work the Dutch nutmeg plantations and who now produce cloves, coconuts, tapioca, fish, and tropical fruits and vegetables. 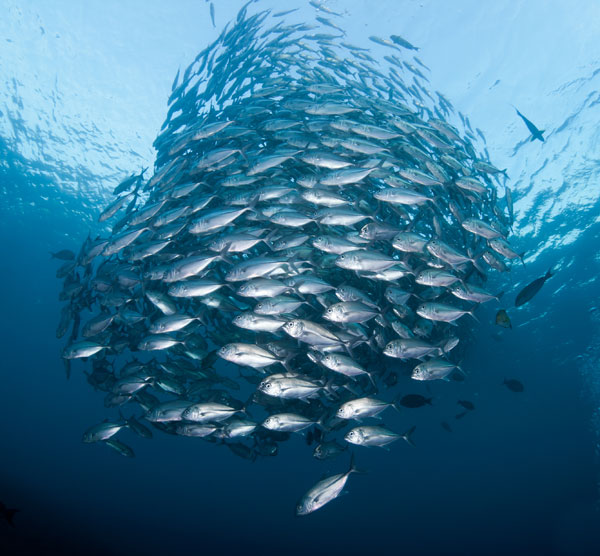 The Maluku Islands, also known as the Moluccas, comprise an archipelago in the Banda Sea located east of Sulawesi, west of New Guinea, and north and east of Timor. Earlier in their long history these islands won fame as the ‘Spice Islands’ with the Chinese and Europeans. Most of the islands are mountainous, some with active volcanoes, and the vegetation, spectacularly luxuriant, includes crops of sago, rice and the famous spice plantations of nutmeg, cloves and mace. 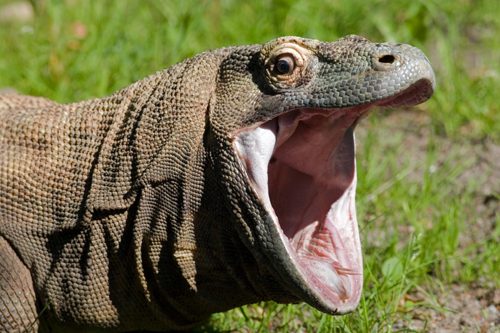 The eastern islands of Indonesia stretch from Lombok to Timor and are known collectively as Nusa Tenggara. This region is different – the further east you travel, the more it will be seen that the climate is drier and the flora and fauna more evocative of Australia than of tropical Bali. Komodo, a hilly, desolate island situated between Flores and Sumbawa, is no different but it has a special attraction: it’s a monster monitor lizards know as ‘Komodo Dragons’.

Situated within the Indonesian Malay archipelago between Borneo and the Maluku Islands, Sulawesi is one of the four larger Sunda Islands of Indonesia. It has a distinctive shape, dominated by four large peninsulas:. The central part of the island is ruggedly mountainous, separating the island’s peninsulas from each other to the extent that, to this day, connections between them are better by sea than by road. 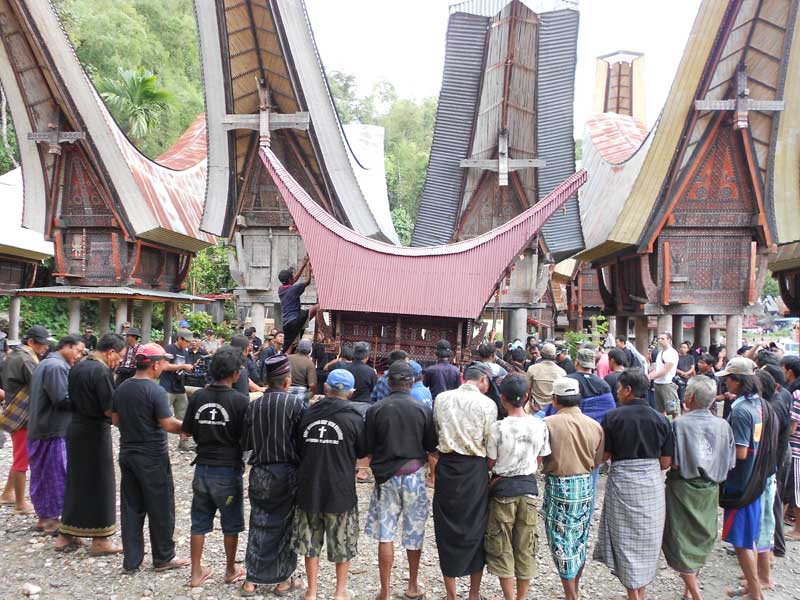 Formerly known as Celebes, the island was an important trade centre (its Bugis seafarers were considered the best in this part of the world) and Makassar, the capital, was a perfect gateway en route from the Maluku spice islands to Asian and European destinations. Today one of the finest coffees in the world has been added to its trading fame. Named Kalossi (after a market town in the mountainous Toraja region where it is grown) this coffee is a sought-after specialty for its smooth and vibrant taste. 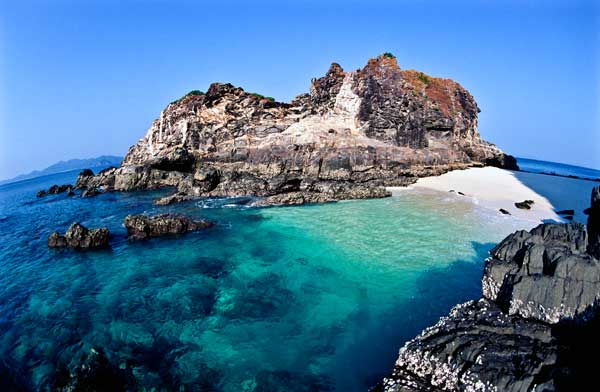 “In all the world, there is no place like Burma; quite unlike any land you will ever know,” wrote Rudyard Kipling a century ago and to the present day this mystical country of pagodas, rubies, sapphires, rhinos and tigers remains much as he described it. And then there are the islands!

The Mergui Archipelago is in the southernmost part of Myanmar and comprises approximately 800 islands. The islands are sparsley populated by Moken, Burmese sea gypsies, who stay for months at a time on their boats fishing and living amongst the islands and mangrove swamps. The wonders of this archipelago are to be found in the beauty of the isolated islands, their flora and fauna, and the marine life below the water. 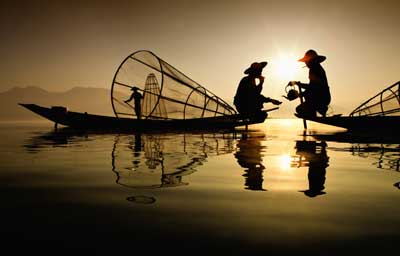 Due to the Myanmar government’s recent shift towards democracy, tourists are once more visiting this friendly country which famously welcomed Marco Polo seven centuries ago. 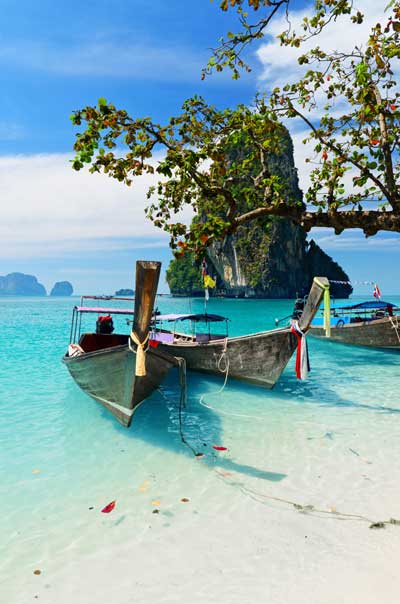 The 572 islands of the Andaman Archipelago are located in the Bay of Bengal and form the western perimeter of the Andaman Sea. Pristine and beautiful, they stretch over 700 kms from north to south (including the inaccessible Nicobar Island chain) and are swathed in primary rainforest. Only 36 of the islands are inhabited thus allowing the archipelago to retain its wild and untamed character.

Breathtakingly beautiful, the tropical rainforest abounds in rare and endemic species of flora and fauna many of which have evolved a little differently from their mainland cousins.

The waters around the Maldives have an amazing diversity of sea life. The barrier reefs, composed of coral debris and living coral, protect the islands from the storms and high waves of the Indian Ocean and by this action lagoons are formed. The atolls are home to an abundance of marine life and Lamima’s itinerary, as well as diving excursions, will include fishing expeditions with the local people, affording a unique insight into their traditional methods. 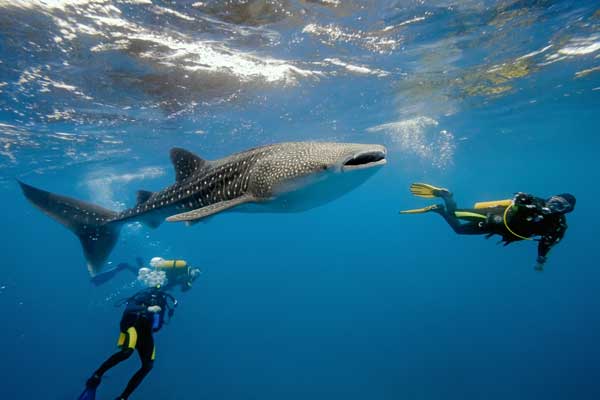 Diving with whale sharks in Maldives

However, this paradise is ranked the third most endangered nation due to flooding from global warming. More than 80 percent of the country’s land is less than one metre above sea level making the forecast inundation of great concern to the nation.

While Lamima’s hull steadily approaches completion, excursions to these (and more) out-of-the-way destinations are being researched and permissions obtained to prepare for her future visits.

If you prefer to charter Lamima for exclusive use, her itinerary can be altered according to your specific request, weather permitting.