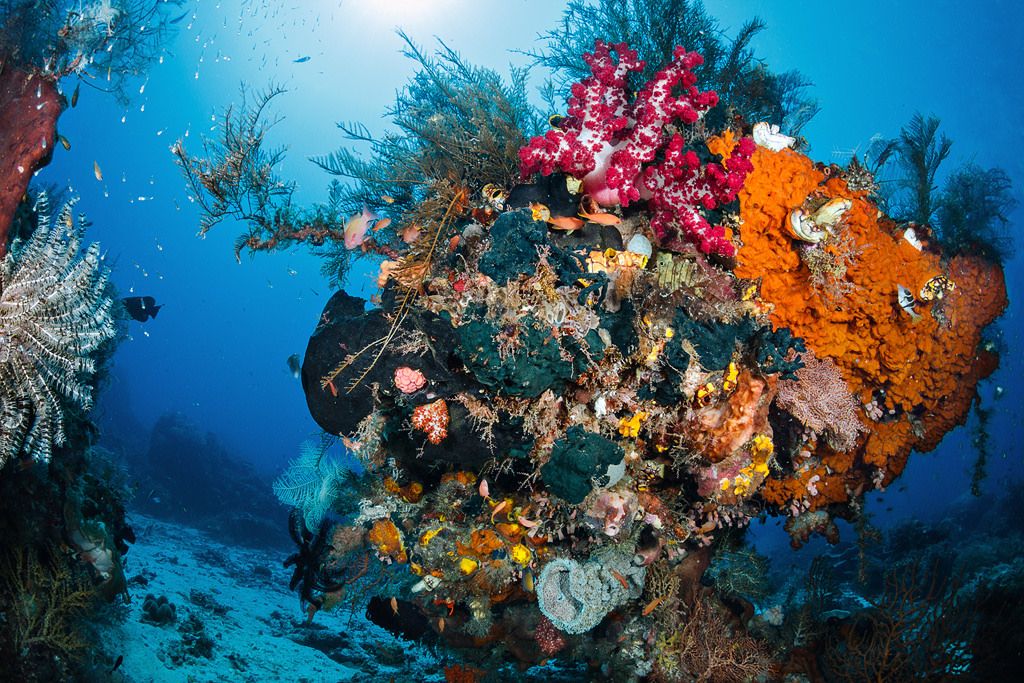 Leave your baggage of stress behind and enjoy diving in the azure waters of Triton bay, underneath the lapping waves of the Aiduma Island. As you go deeper in the sea, you can almost feel like you are entering a time capsule, unspoiled by the ravages of time.

There’s a whole new world underwater where you can experience a sense of calm and tranquillity. Rub shoulders with the exotic schools of fish, whale sharks, and explore the soft corals covering the colorful reefs. Diving in Triton Bay gives you an insight of what Indonesia was like several decades ago.

Triton Bay, along with Cendrawasih Bay and Raja Ampat form the Bird’s Head Seascape, which is the key center of the Coral Triangle. The Bay is considered as one the best-kept secrets of the diving world where you can enjoy a private and highly privileged diving experience.

What Makes Triton Bay A Haven For Divers

Triton Bay comprises of recently discovered diving sites that retain an old world charm and are unscathed by tourism. Only a handful of divers are lucky enough to witness the rich and colorful soft corals covering the sites. There is a good chance that you may spot a pygmy seahorse, green turtle, or whale shark on your way. 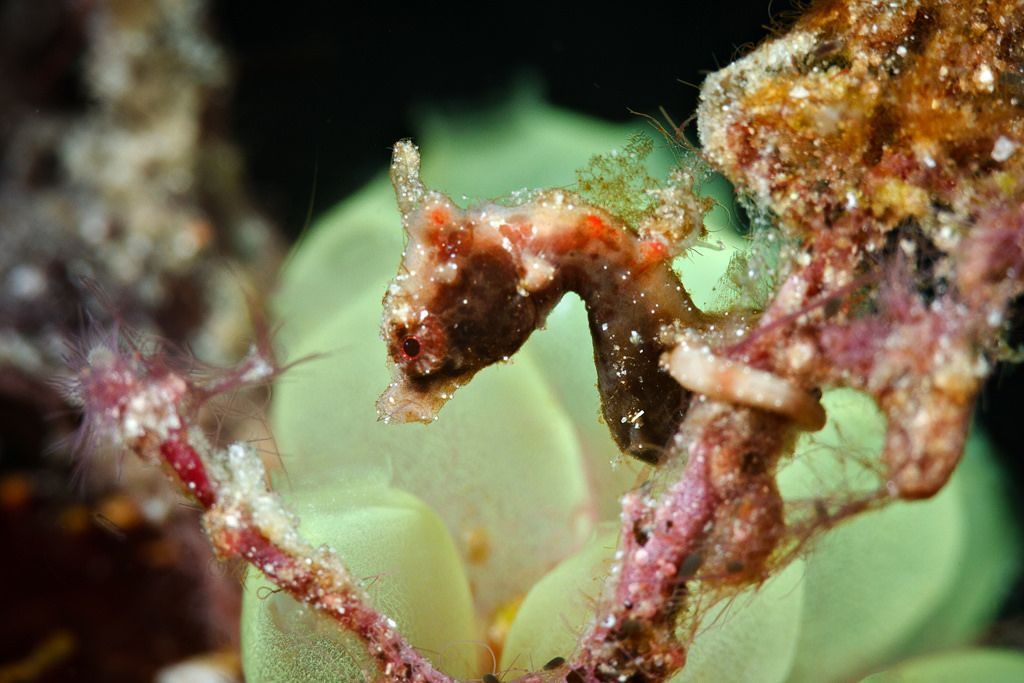 According to the international surveyors, this region has the highest number of colorful reef fish available in the Coral Triangle. Another amazing advantage is that you may be one of the few divers to explore the surroundings to your heart’s content, without any disturbances.

Disney Land, named by the famous American diver Larry Smith, is a shallow diving site comprising of sloping reefs and masses of black corals. Divers may expect to find sneaky snappers, wobbegong shark, and sweetlips on the site.

GT Rock is the best-kept secret that makes Triton bay so popular among the divers. When there’s underwater current, you can see an unusual volume of fish with species like tuna, fusiliers, and giant trevallies darting with the strong currents.

The best part about diving in the bay is that new sites are discovered almost every season. Some of the other established sites are Black Forest, Aquarium, Larry’s Heaven, Little Komodo, Batu Jeruk, Batu Jatuh, and Bo’s Rainbow.

The locals at Triton bay are simple people, unadulterated by the effects of modernization. They offer a warm welcome to the divers and the local guides may accompany you to ensure that you do not miss anything under water. 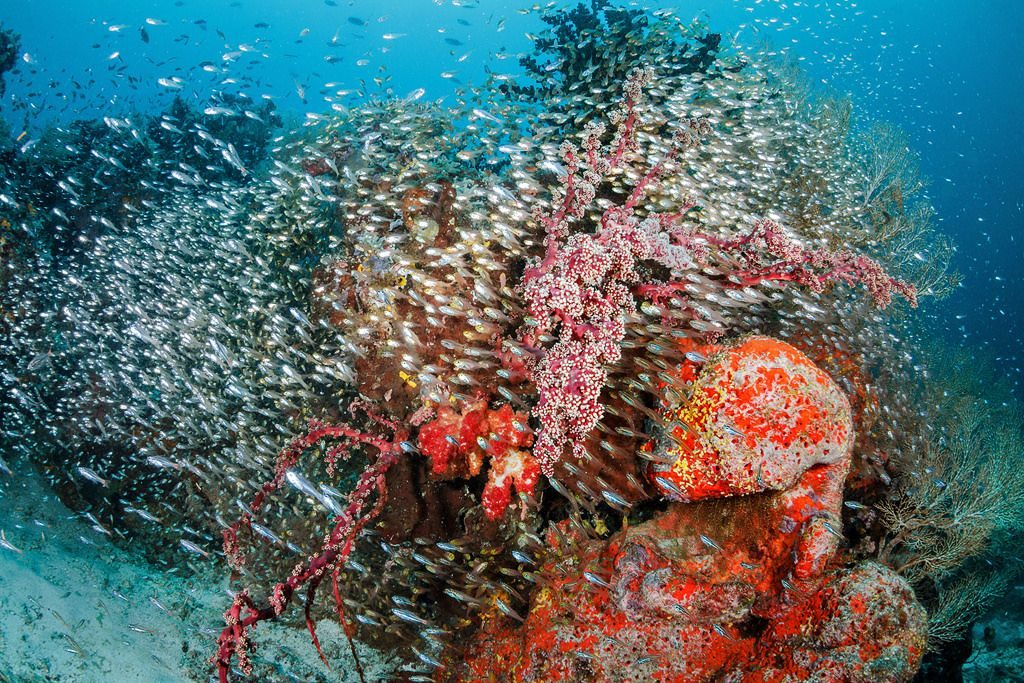 Triton Bay has two wet seasons: July and August, November and December. The period just after the monsoon, from September to December is good for diving as the water is cool but the visibility is significantly less. Fish life is abundant at this time and you can find plenty of critters.

The water starts to warm up again from the end of December to May, resulting in better visibility. This is the best time to visit this haven as the water temperature is between 26 and 30 C.

How To Get To Triton Bay

Situated on the northwest side, Kaimana is the closest airport and the main gateway to Triton Bay. You can fly to Kaimana via Sorong or Ambon. Two major airlines Lion and Garuda have flights to the bay area but Garuda flies travelers overnight so that they can arrive early to start diving. Holidaymakers also have the option to fly from Bali, but this will include stops in Ambon and Makassar before reaching Sorong.

From Kaimana, Triton Bay diving sites on the Aiduma Island is 30 kilometers by boat. We recommend chartering a luxury yacht replete with modern amenities to keep guests comfortable as they explore the untouched and pristine sites. Our yacht is designed in a traditional fashion to give guests an insight into Indonesian culture and experience local hospitality at its finest. Plan your diving trip in advance and charter a yacht to Triton Bay as a part of your itinerary. Here’s a sample itinerary.

If there’s a kingdom of fishes on this planet then it’s right here in Triton Bay. In 2008, the Kaimana area was declared as Marine Protected. Also known as the ‘last best place’ or the ‘next frontier of diving in Indonesia’, Triton Bay has underwater surprises for everyone. With 30 established diving sites and counting, the Triton bay with its enchanting underwater creatures and soft corals offer a one-of-a-kind experience for the divers. 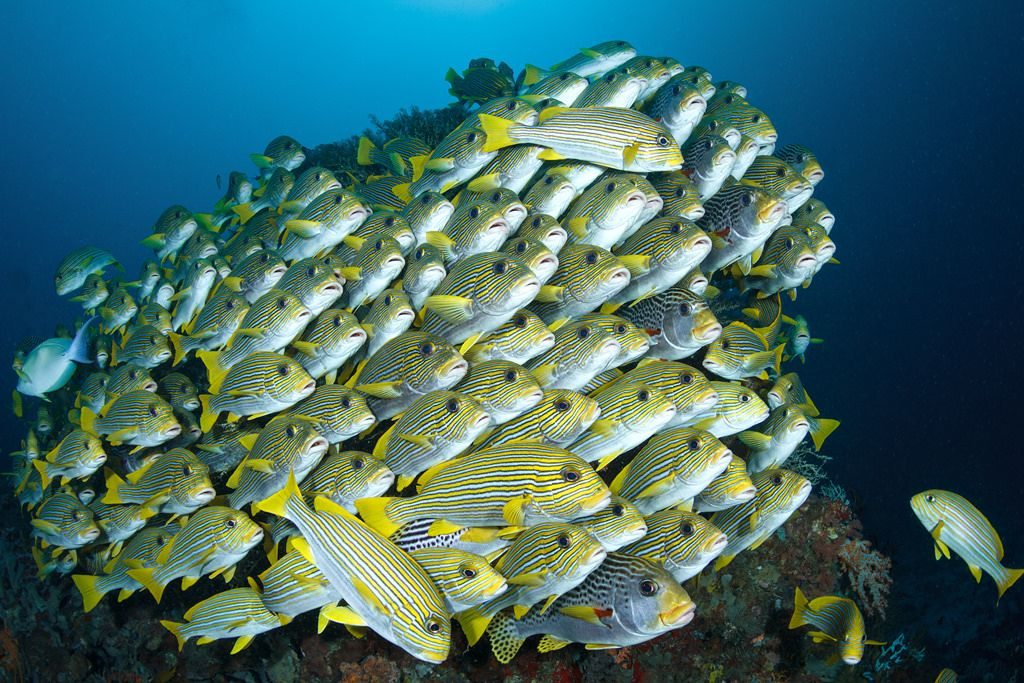