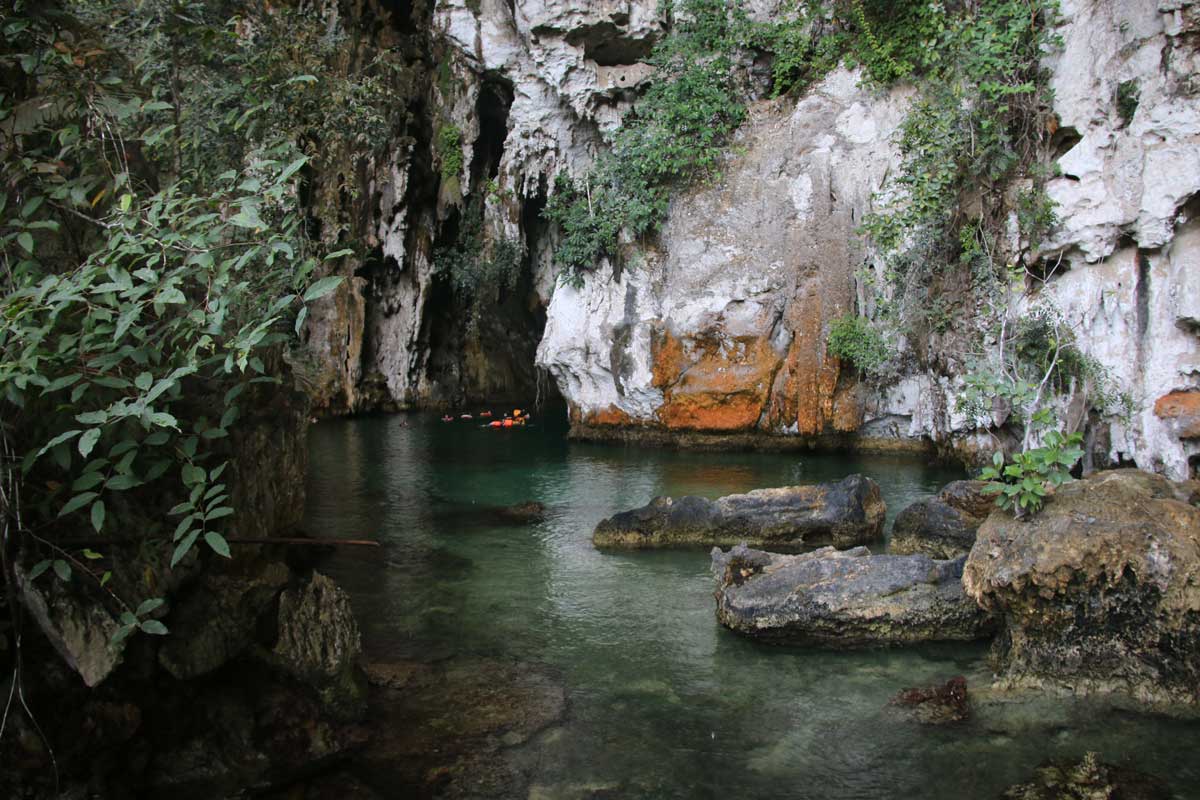 Indonesia: A Force of Beauty and Diversity 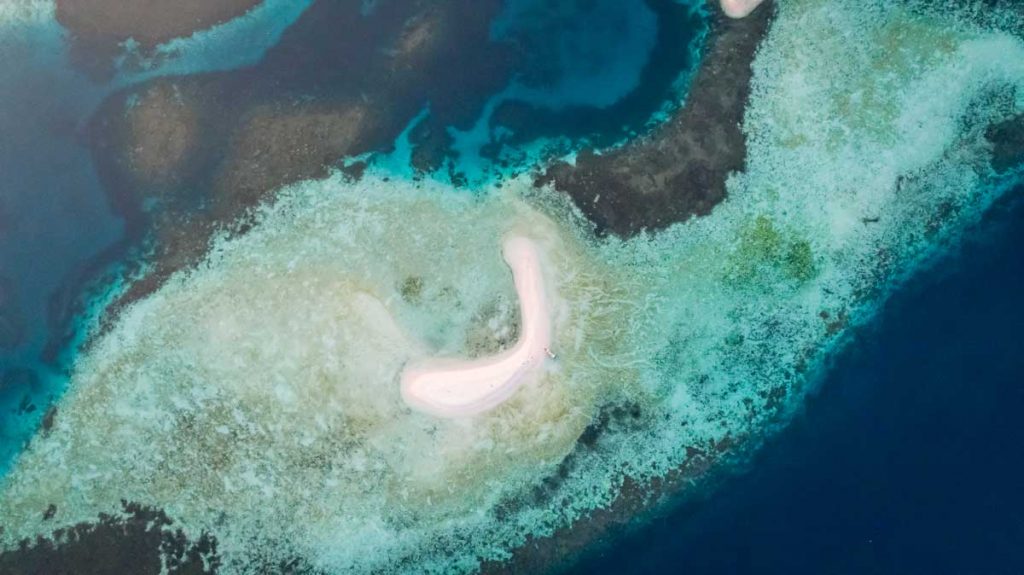 It is not uncommon to use several superlatives when describing Indonesia and its 17,500 stunning islands. The largest archipelago in the world is composed of a myriad of subcultures and beliefs, made more beautiful and exotic through its geographical features, extensive biodiversity, immaculate shorelines, and hidden sites yet to be discovered. The splendor and adventure that is Indonesia is certainly not for the faint-hearted.

Indonesia encompasses an area that is one-eight of the earth’s circumference and lies across the equator. Its geographic coordinates represent a remarkable location, forging highly distinctive features incomparable to other locations in the world. It traverses a main convergent point of the earth’s tectonic plates; covers two faunal domains; and links the peoples and cultures of Oceania and mainland Asia. A vast majority of these islands are wrapped in dense forests and enveloped by coastal plains with swamps that flow into shallow seas and coral reefs. If you want to take Indonesia in all its glory, you have to experience each type of geographical feature and get a different adrenaline rush in every adventure. 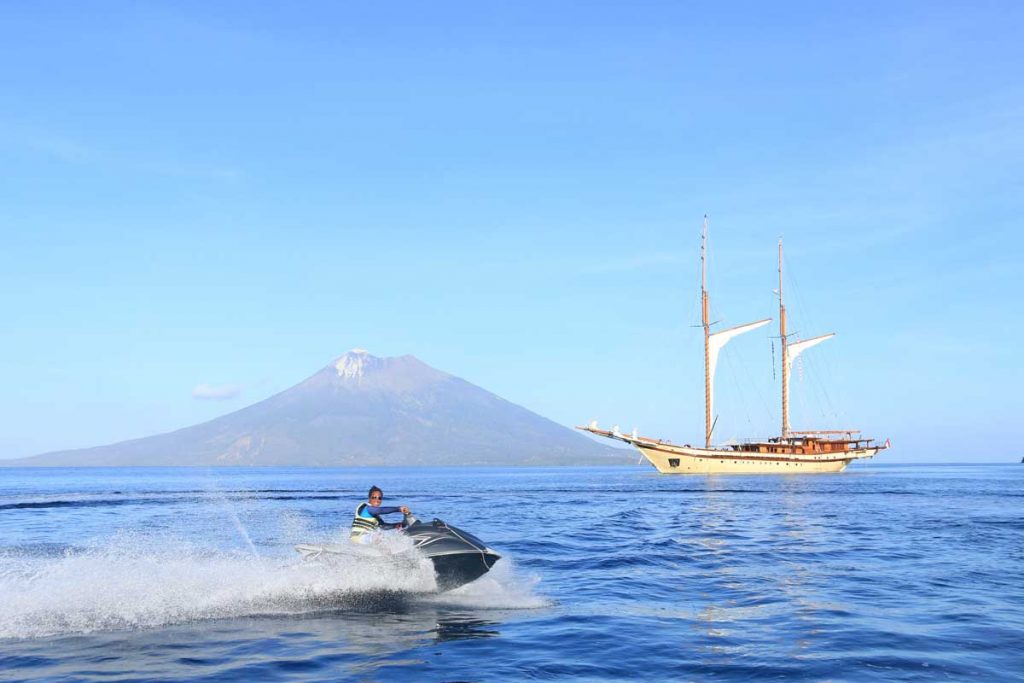 Regarded as the hottest spot along the pacific ring of fire, Indonesia is set for extreme adventures and hard-to-match experiences. Sitting on the earth’s most active seismic area, Indonesia has over 100 active volcanoes tracing its mountains through Sumatra and Java, reaching up to Flores, then to the Banda Sea in the north. Indonesians go through their daily lives while experiencing an estimate of four small earthquakes daily.

Together with countries such as Brazil, the Democratic Republic of Congo, and Peru, Indonesia ranks among those with the largest areas of tropical forest, comprising 10% of the world’s plant species. Naturally, with a vast expanse of rainforest, Indonesia is also considered as one of only 17 countries that is “megadiverse” in terms of animal biodiversity, where most species are not found elsewhere. Indonesia is home to rare and magnificent animals such as the Sumatran Tiger, Sumatran Rhinoceros, the Komodo Dragon, and Orangutans, whose population is now, unfortunately, declining, calling for the fervent practice of sustainable practices. 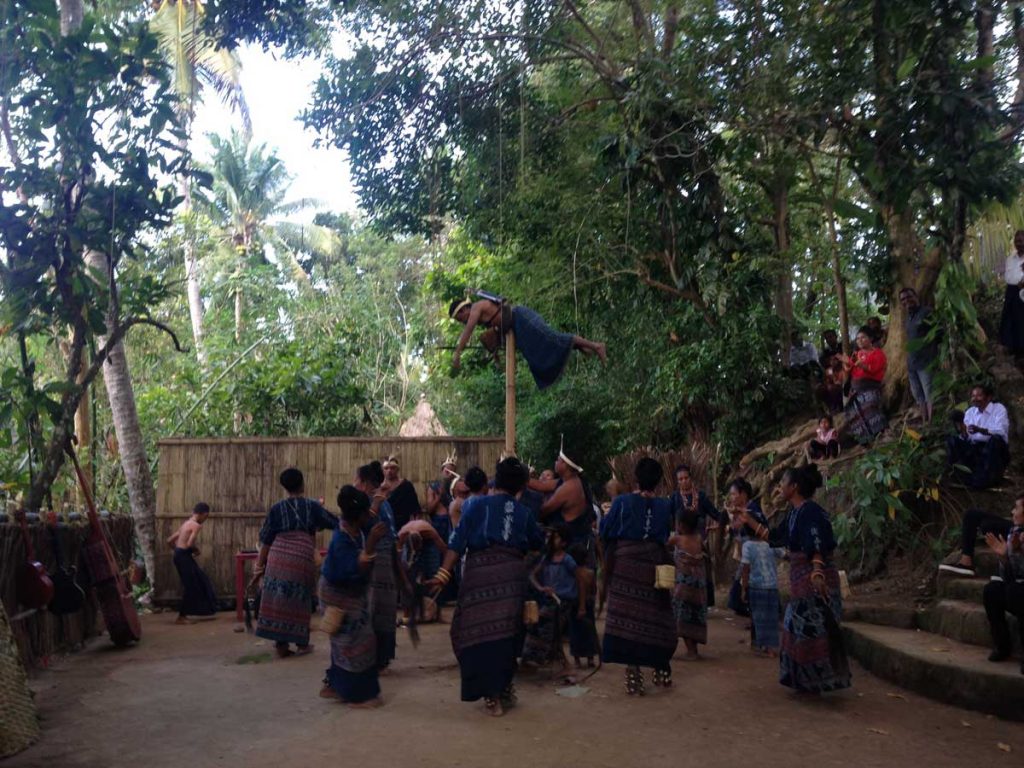 Indonesia is an amalgamation of 300 ethnic groups and their unique cultures and practices, showing each sector’s own nuances, as mirrored in the country’s 700-plus languages. Among these groups, the Javanese population is the largest, comprising 40% of all other diverse groups, while Islam is the most dominant religion across the whole archipelago. Indonesia’s religious and cultural roots are generally based on the belief systems of animism, dynamism, and totemism, which are often blended with other religions, weaving a rich system of paradigms and practices.

You will also not be surprised to hear stories about gods, spirits, royals, or hermits, and how these characters influenced the formation of natural features, historical or religious structures, and cultural landmarks. When you have set foot on the archipelago, make sure to exchange conversations with the locals, and learn about Indonesia’s fascinating legends through their vantage point.

Now, here is another point of interest that they say is far from being a legend—the living headhunters of Indonesia. They are part of the remaining uncontacted tribes believed to still exist in the Sumatran jungles off the west of Jakarta. Though less barbaric compared to the past, it is said that some indigenous families have allowed their grandfathers’ legacy to live on through keeping their “trophies” to this day, even after the practice died decades ago in Pulau Samosir in Sumatra. These accounts keep Indonesia’s gripping traditions alive, allowing the younger indigenous generations to understand their tribe’s roots and identity. 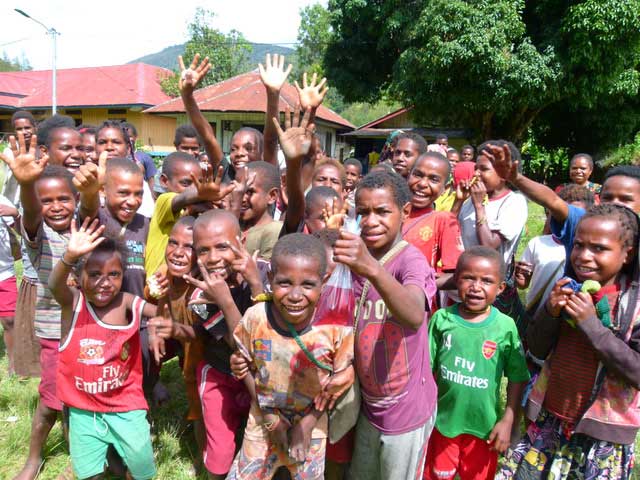 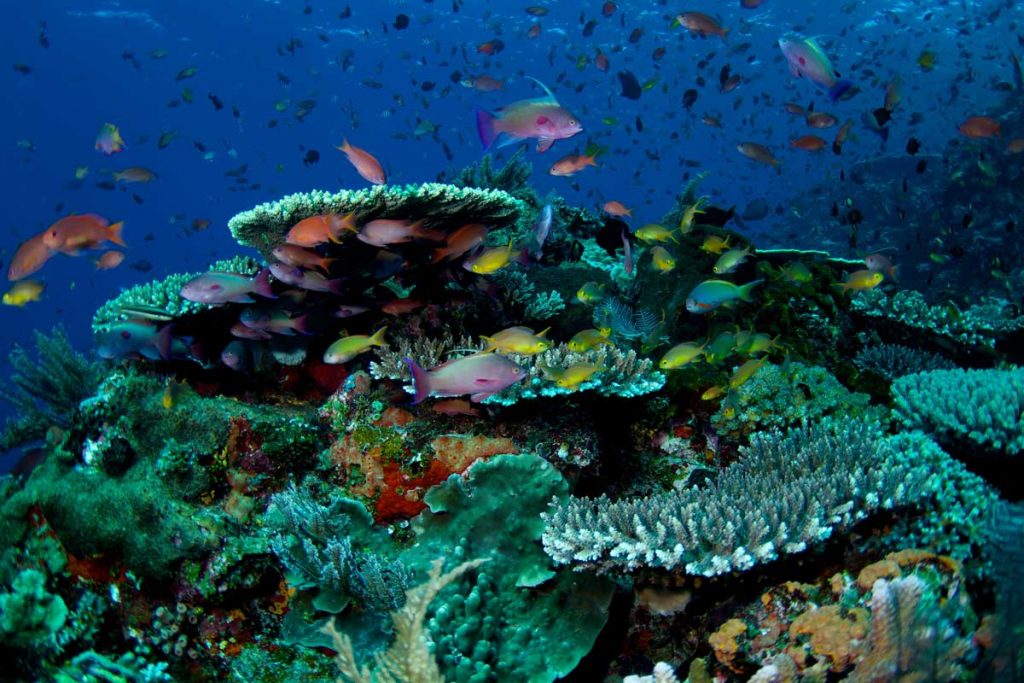 One of the many abundant diving spots

After describing Indonesia with superlatives such as “hottest spot” or “most diverse country,” the largest archipelago in the world also evidently has one of the longest coastlines, second only to Canada’s. It spans 54,716 kilometers and is marked by corals and palm trees along its fringes. Consequently, Indonesia ranks among the world’s best diving spots, and because it is unlike any other country, diving-in in its seas can introduce you to fascinating worlds of underwater volcanoes and caverns.

Diving within the site of an active volcano can easily be one of an adventurous diver’s wildest dream. In Indonesia, the word “extreme” is not just something that is read or heard, it is experienced first-hand. Beginning at 400 meters below sea level and peaking at 8 meters below the surface, Mahengetang continues to emit sulfur but last erupted in the 1960s. Extreme divers swim over its crater and are rewarded with views of immaculate reefs, massive sponges, and its own astounding world of marine life. A close-in encounter with the earth’s natural rumbling movements can leave any diver amazed and senses awakened. Once you have set your mind to dive into this extreme underwater adventure, make sure to exercise caution, as the sulphuric bubbles are extremely hot and can burn your skin.

Best described as a mystery whose beauty is yet to be known to the world—West Timor’s caverns are perfect for freshwater diving. Stalactite chandeliers and shell-covered walls offer a sense of grandeur and magnificence to this hidden underwater fortress. Divers can gaze deep into the depths and marvel at the pristine waters as far as their lights can reach. In contrast, in its natural state, total darkness shrouds the caverns. The caverns’ haloclines and thermoclines also challenge advanced divers, on top of immersing into unknown territory. Moreover, according to a few divers’ accounts, skeletons can sometimes be found on the site’s floor.

Traveling with a purpose

As one of the world’s major greenhouse gas contributors, Indonesia has already committed to reducing its emissions by almost 29% by 2030 within the business-as-usual standards. Furthermore, the moratorium on approving permits to cut primary forests and peatlands for logging and oil palm industries was permanently extended last August 2019. The country is also working on decreasing marine plastic waste by 70% in five years, and by 2040, it aims to be completely plastic pollution-free. These efforts need to be monitored and practiced consistently, especially at the local level to secure long-term results. Through the cooperation of the government and private entities, the effects of climate change can be curtailed. Presently, sustainable tourism is introducing ways to fund the conservation of a specific area’s natural resources and wildlife, and also supports local community employment. 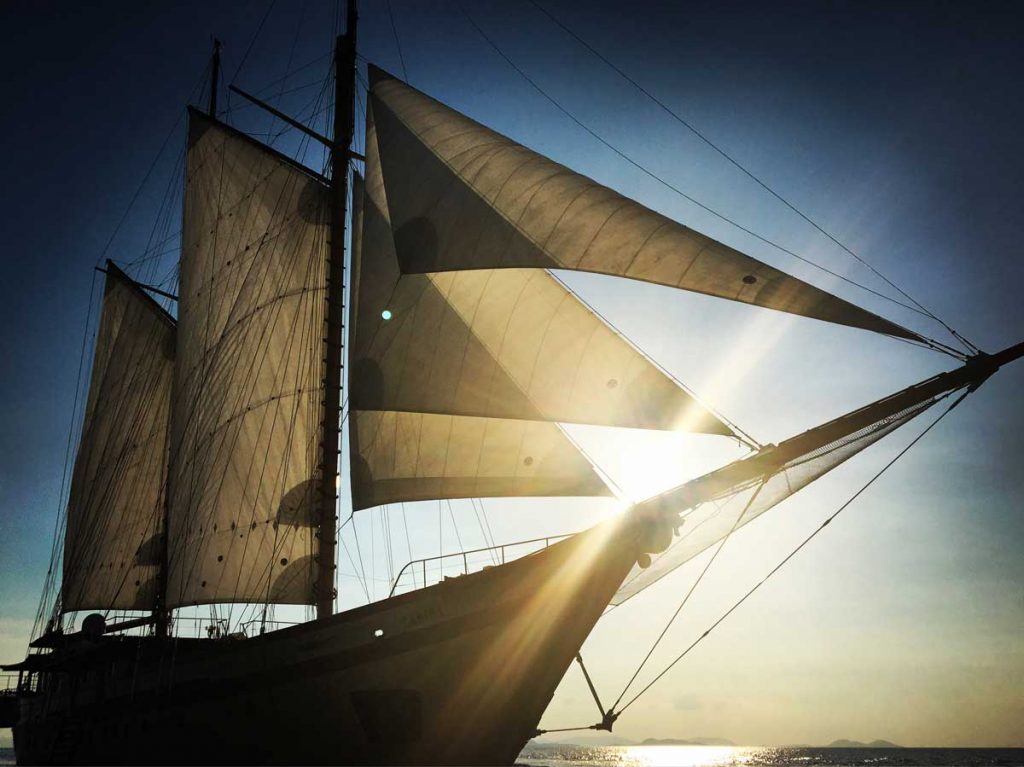 Sailing through Indonesia’s striking islands on a traditional, grand Phinisi —rich in history and built by the skillful Konjos of South Sulawesi is a unique experience that complements the island’s distinct beauty. Though most modern Phinisi, contrary to the Phinisi decades ago, have smaller sails that are purely for decoration, Lamima maintains massive mainsails and intricate details that is bound to transport passengers to the 16th century when the famous Bugis, or the “Vikings of Southeast Asia,” first started to set sail. Up until today, Bugis are famous for being legendary warriors and explorers.

Indonesia is best experienced through seafaring aboard Lamima’s Phinisi, as it combines excellent Konjo workmanship with the comforts and safety of high-end yachts; offering a modern-day ocean expedition across East Indonesia’s enthralling seas and islands. Its Phinisi, made by boatbuilders from Ara, Sulawesi, features 1,277 square meters of sails, the biggest expanse of rigging systems among modern Phinisi. Lamima, as a present-day Phinisi shipbuilder, continue to stay true to their forefathers’ original mechanism of using enormous rigging systems with massive sails in place of engines. This method brings its Phinisi sailing at the forefront of sustainability, contributing to the growing, conscious traveling movement.

Apart from the historical significance of the Phinishi, engaging in Indonesia’s wonders with Lamima allows you to take in the warmth of its equally beautiful people. Indonesia is a marvelous gem—rich in natural resources, overflowing with unmatched biodiversity, and made vibrant by tribes with varied cultures—all interwoven through inspiring a sense of awe to any curious wanderer.

Indonesia is not a destination, but an experience.