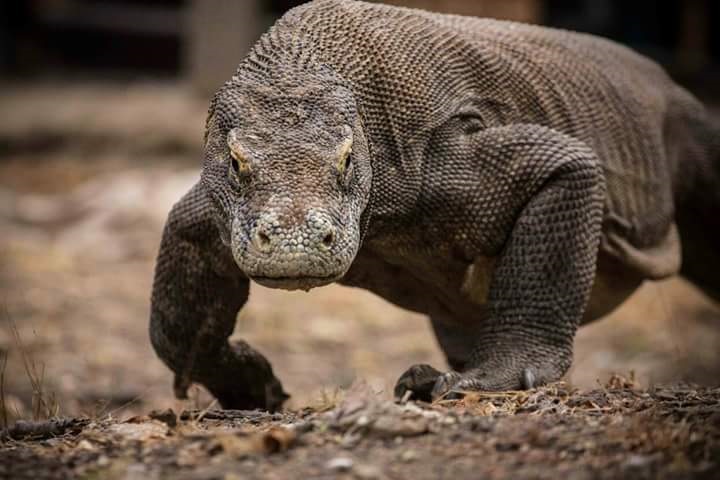 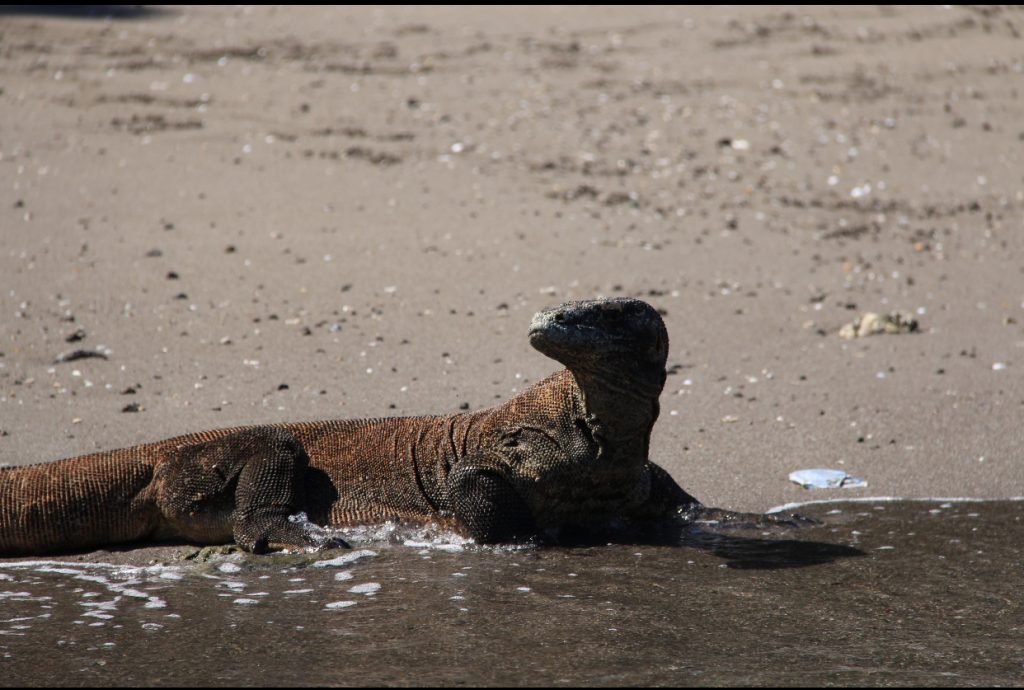 A profound sense of wonder engulfs when surrounded by the mythical and mighty Komodo dragons whose lineage traces back to the era of the legendary dinosaurs.

Known for their commanding presence and their striking appearance, Komodo dragons are considered the world’s largest living lizard species. They are easily distinguishable by their immense flat heads, their bowed legs, and their long yet thick tails. These regal kings of the lizards can reach up to 10 feet long and can weigh as much as 300 pounds at their heaviest. With their imposing size and their forked tongues, it is easy to see why they are hailed to be mystical dragons.

Despite their intimidating appearance and their well-known fearsome reputation, the Komodos still attract many curious voyagers longing to see an ancient dragon.

The Komodo dragon is endemic to Indonesia, specifically its eastern islands. This massive reptile was given its apt name from rumors of a large dragon-like creature living on Komodo Island, a remarkably popular diving destination. Until they were first seen by Western scientists in 1912, Komodo dragons were called by locals as Ora, which means land crocodiles.

As the Komodo dragon’s main habitat happens to be in an aspired for diving destination, it is feasible to see these giant lizards while cruising in an Indonesia yacht charter. Komodo dragons are surprisingly good swimmers, and it can be truly captivating to see these epic creatures in action. 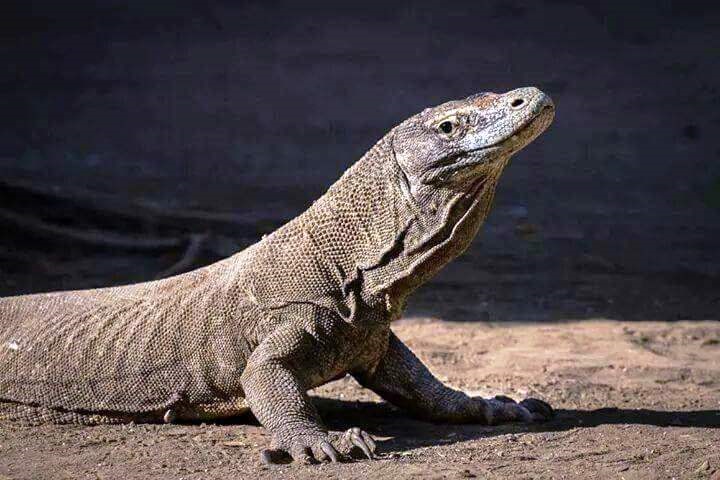 On average, male Komodo dragons grow up to 9 feet and weight roughly up to 200 pounds. Females, on the other hand, often top out at 6 or so feet. These intimidating creatures may come in various colors—blue, green, orange, or grey—but no matter their color they will always have their distinctive light-yellow branched tongue.

Komodo dragons have tough skin reinforced by bony plates and scales. These fierce ancient creatures are blessed with a chain mail-like skin that serves as their protection. The regal Komodo dragon also possesses a set of jagged teeth and large claws that not only help them hunt but also help them to navigate their territory.

These lizards can move—they can run as quickly as 13 miles per hour. However, they can only maintain this speed in brief spurts. If they feel threatened, they may vomit, as emptying their stomachs can help them to run away faster.

Komodo dragons are solitary creatures that have been around for millions and millions of years. They have an affinity for extreme heat and high humidity, preferring temperatures above 95 degrees Fahrenheit. Although they have their preferences, these imposing reptiles are relatively adaptable.

Indonesia’s rocky valleys, flat savannas, and marvelous beaches make the perfect habitats for these large monitor lizards, which search for or make their own burrows. Komodo dragons are intelligent creatures, using their burrows to keep them cool during the day and to keep them warm at night. No matter which island and environment, these lizards are fortunate to call Indonesia’s beautiful landscapes their home.

Komodo dragons typically have incredible vision, with their dark eyes capable of seeing objects in the distance as far as 985 feet. But despite how well these creatures can see, they instead use a different sense to detect their food. Komodo dragons prefer their sense of smell for seeking out prey.

Much like snakes, these lizards make use of their forked tongues. They sample the air, then touch the roof of their mouths with their tongue. Special organs determine whether the prey is on their left or right. Although these surprisingly mobile lizards move quickly and swim incredibly well, they prefer to use stealth when stalking their prey. Komodo dragons prefer to laze and wait, hidden, waiting for their prey to come close enough, and once within their range, dragons will strike, using not only their serrated teeth but also their sharp claws to quickly exenterate their prey.

Komodo dragons, fierce as they are, can and will eat practically any animal, although they dine predominantly on larger herbivores. These ancient ‘dragons’ have glands that are loaded with toxic venom. Their venom helps them hunt through inducing shock in their prey that lowers blood pressure and prevents clotting. These carnivorous lizards prefer dining on animals such as pigs and deer, though they do supplement their diet with small mammals and birds from time to time. 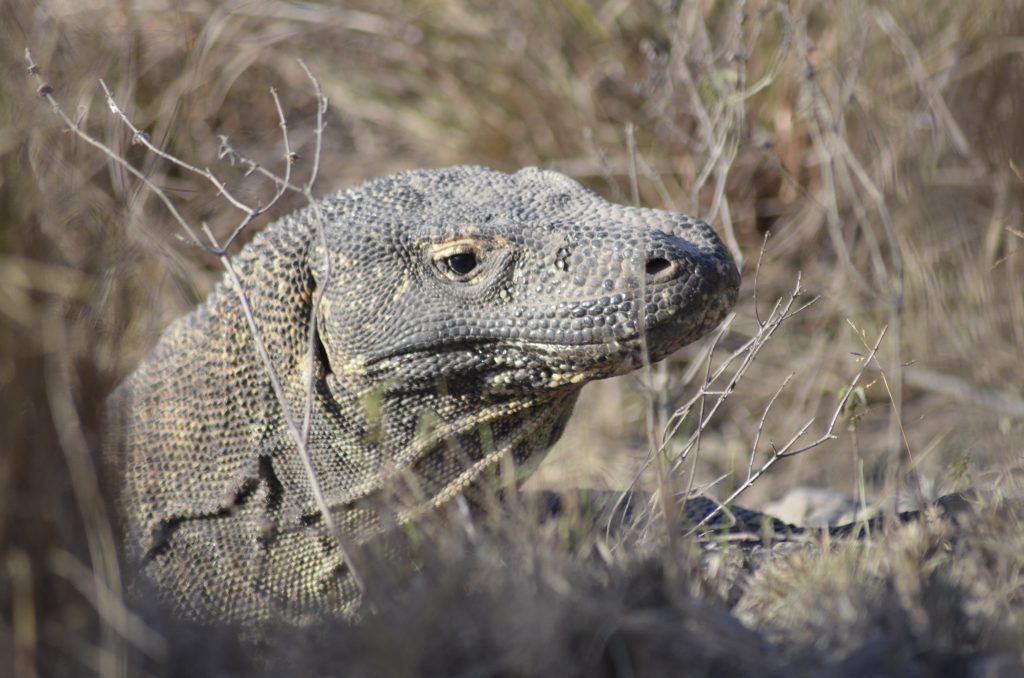 Unsurprisingly, these giant reptiles prefer the comfort of being alone and will typically shy away from humans or even contact with other Komodo dragons. The solitary dragon will happily exist on their own. Males will even maintain and even defend the territory they consider their own. Komodo dragons will typically only interact during feeding and breeding.

Indeed, a life alone leaves Komodo dragons unbothered, especially since females of the species are capable of asexual reproduction. Females can lay eggs that hatch without the need for a male dragon to fertilize them. However, during the mating season which happens within May to August, Komodo dragons can also reproduce through sexual reproduction.

Once a year, Komodo dragons shun their solitary nature to mate. Male dragons may even wrestle with each other to earn the right to mate with a female. Once pregnant, a female dragon will lay up to thirty eggs. The female will bury the eggs, where they remain until hatching as much as eight months later.

Seeing a Komodo dragon up close can be a truly unrivaled experience. It is almost like experiencing a bit of history, seeing lizards that are as close to dinosaurs as they can get.

With their tough bony-plate-reinforced skin, their serrated teeth, their laser vision, sharp claws, and venomous saliva, it is easy to see why Komodo dragons have such a fearsome reputation.

Thankfully, apart from a few outlier incidents, Komodo dragons are generally harmless to humans. Nevertheless, it is still a good idea to stay a safe distance away from these sharp-toothed, lethal reptiles. 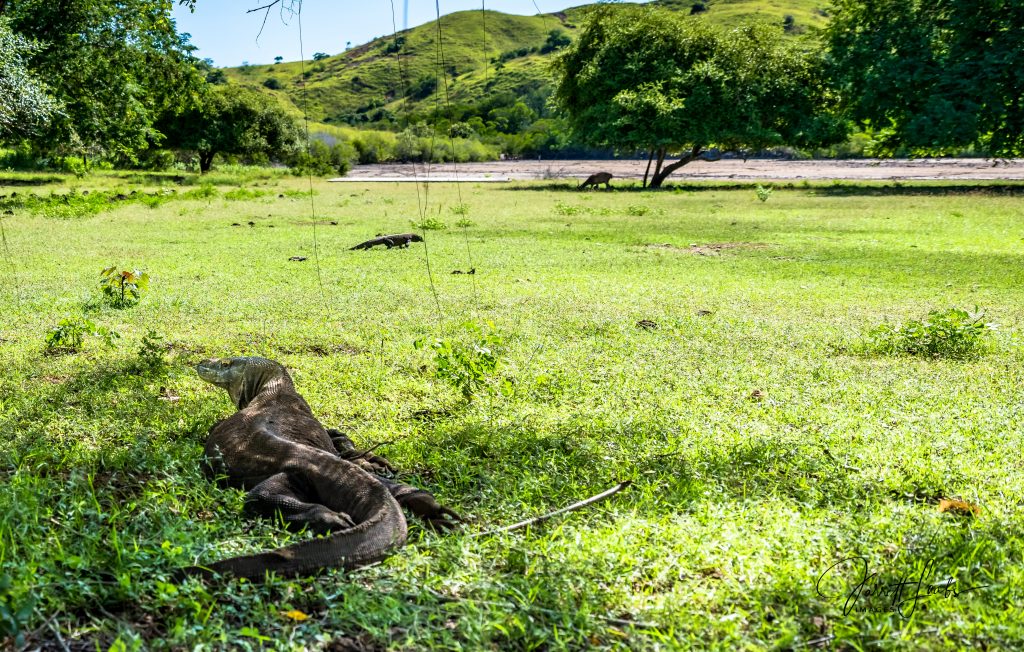 Indonesia recognizes the importance of these ancient lizards, now at a population of only around 6,000 in the wild. About 2,500 of those are found in the Komodo National Park, where tourists may see them. Komodo dragons were classified as endangered species in 1996 by the International Union for Conservation of Nature. Although they are fortunately not yet endangered, today, they are protected by the Indonesian law—and rightfully so.

One of the greatest threats to the Komodo dragon population is habitat loss. To combat this, Indonesia established the Komodo National Park in 1980. The park has since served as a refuge to not only the dragons, but also to other unique species like the Timor deer and even the orange-footed scrub fowl. Komodo National Park is also teeming with marine life, such as brightly colored fish, dolphins, sea turtles, corals, whales, sponges, sharks, and of course, the elegant manta ray.

To this day, the conservation park that Komodo dragons call home remains to be an acclaimed World Heritage site by UNESCO and protects the diverse wildlife including the giant monitor lizards from poachers and potential disruption of their habitat.