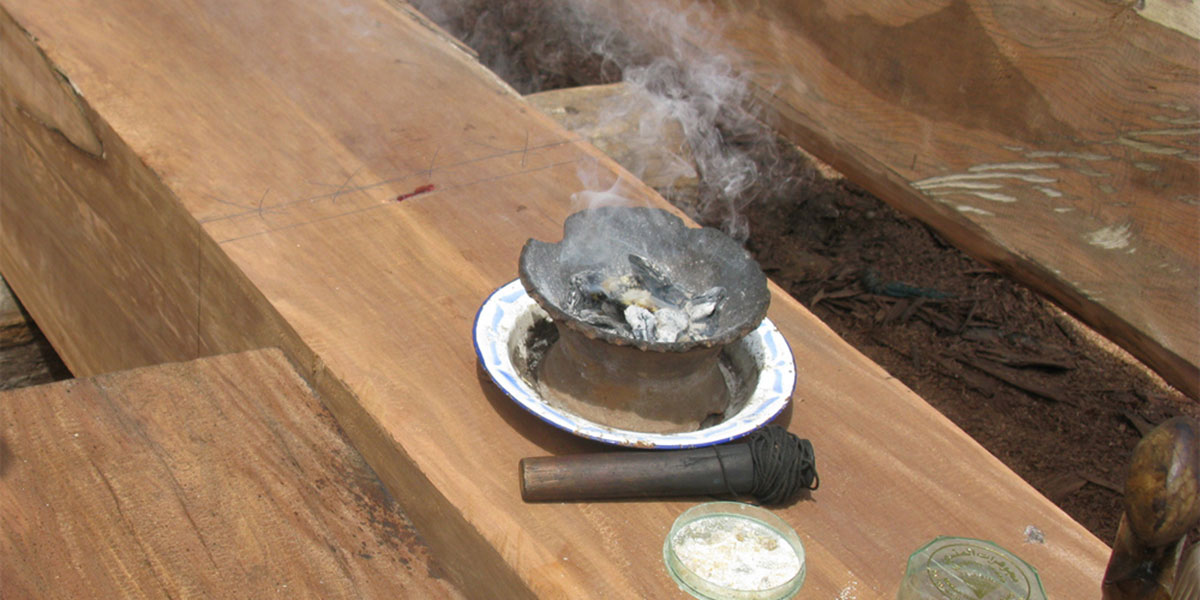 Builders of the traditional phinisi lay down the keel first. It is made from ironwood which is resistant to wood borers and considered the prime timber for below-waterline construction.

Traditional rituals must be faithfully observed during the choosing and cutting of the ironwood trees and only then can the timber be taken from the forest to the shore. Cut into massive planks, it is then designated for use and, on the day of Lamima’s keel-laying ceremony two such planks had been wrestled into position on the shoreline, ready to be married to the sharply raked stem and stern posts.

In the precise manner of every good master builder, Haji Baso made a final check of all the dimensions and measurements then called a halt in the building process – in the centuries-old tradition it was time for the local Imam to again appease the spirits, to ask them to restore calm and balance now that the timber for the keel had been cut and designated.

Once the traditional rites had been performed, everyone joined the celebration. Taking helpings of the food prepared for the spirits they brought the potong lunas to a satisfactory close by retiring to enjoy the feast in the shade of the palm groves lining the white, sandy shore. 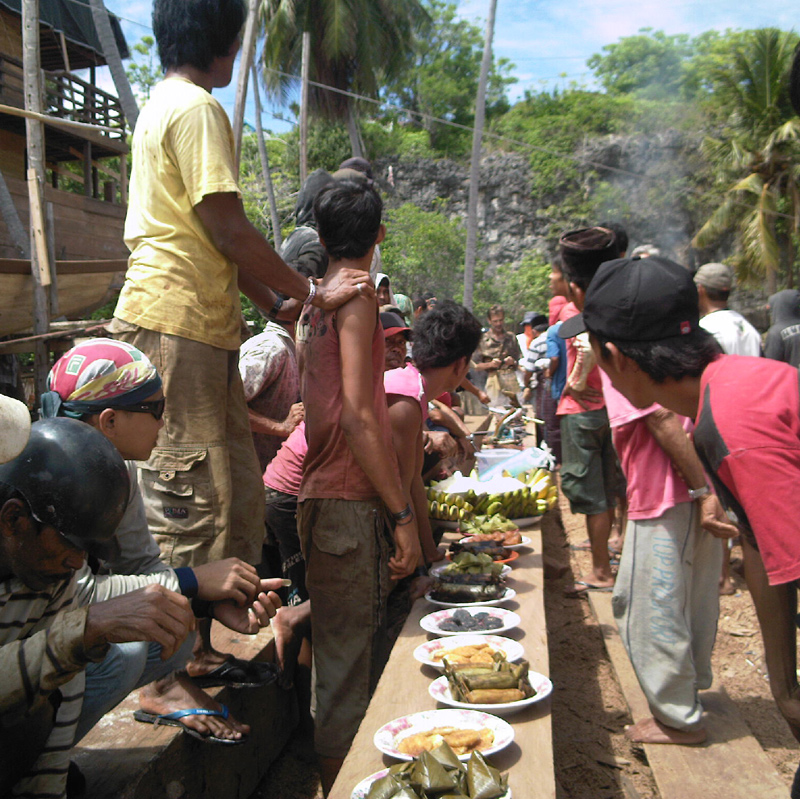 This beach, witness to many such ceremonies, is uniquely suited to launching boats – Mother Nature has unwittingly combined a steep shore profile with a substantial tidal variation, both essential elements to the operation. Working with the tides and moon, Lamima’s finished hull will one day be winched by hand down the beach and into the water. But, even though Dominique dreams of that stage, he knows that building a phinisi is not a short project. These people are not ruled by any schedule other than the one drawn up by Nature. He must have patience, must succumb to the ebb and flood of the activity and put his trust in the Konjo builders whose boat-building expertise, like their traditional rites, has been inherited through generations and centuries.

Everything to be done must be handled according to traditional methods rather than those of the mainstream shipbuilding industry and Dominique is content that Lamima’s keel-laying, the first major stage of her construction has been blessed in this manner.