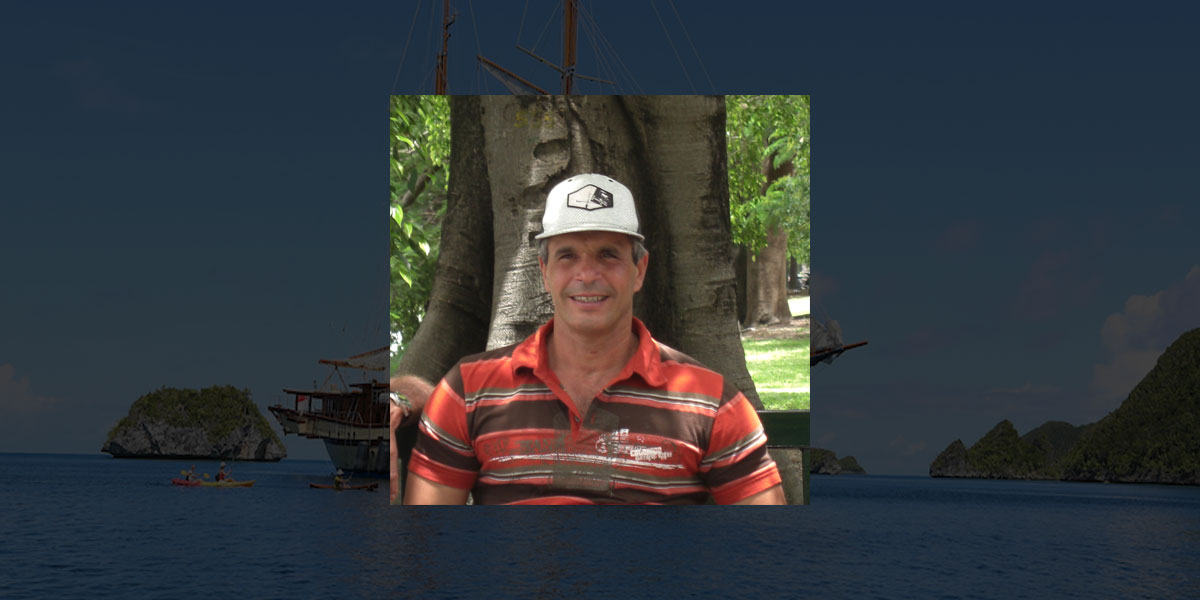 Meet the Team Behind Lamima’s Journey Towards Her Cruise Adventure

Dominique, the real instigator of the Lamima project, has the heart of an explorer, forever seeking and finding those hidden treasures many dream of but very few experience. His love of travel and exploration started as a child. Accompanying his family on their frequent relocations around the world, he grew up to be a polyglot, a child of many cultures, always keen to learn about the lands he lived in and loving the changes, the excitement, the unexpected along his travels.

After gaining his officer’s certificate in the French Merchant Navy in 1986, he was selected to join a French expedition to Antarctica where he lived for one year. On his return he continued to journey far and wide, living and working in far-flung locations until he arrived in South Africa.

Here the treasure he found was a travelling companion and the following years saw Dominique content to share Naomi’s county and learn the local lore from the woman who became his bride.

No sooner were they married than Dominique was given the chance to start an enviable career in France. Returning there with his family he began to captain super-yachts, combining his love for the sea with his yearn to travel. In this job he was in his element, catering for both guests seeking the glitz and glamour of the Riviera, and those more attracted to off-the-beaten-track locations steeped in history and raw beauty.

And, twenty years later, that’s what Dominique still does so well, always striving to show his charter guests a little bit more than the expected, whether they’re cruising with him in the Mediterranean, the Caribbean, the Maldives in the Indian Ocean or in South East Asian waters. And that special talent will be transferred to Lamima – using his knowledge and experience, he will personally explore and negotiate all her itineraries and shore excursions, always keeping safety and authenticity in mind. 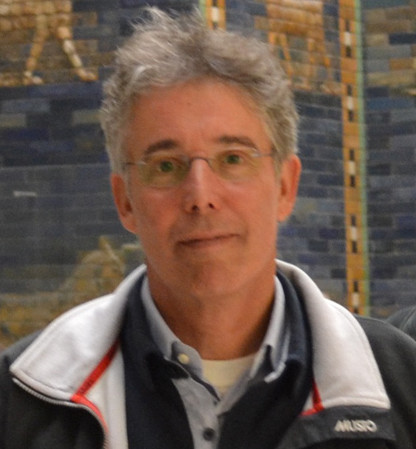 The motto of Marcelo Penna’s holding company (Marcelo Penna Group) proclaims a passion for perfection and performance – and that’s Marcelo ‘to a T’.

Born in Buenos Aires, Argentina, and living in Barcelona, Spain, since 1977, Marcelo is a naval architect who is passionately involved in the construction, maintenance and re-fit of the most significant vessels of the international fleet currently navigating the Mediterranean. There’s nothing he doesn’t know about any type of vessel you could name, from the fast ‘plastic fantastics’ of the racing scene, through classic wooden yachts, to the luxury of the famed steel motor launches of the mega-rich.

In earlier days Marcelo designed an entire range of production yachts for North Wind Shipyard, Spain’s leading sailing yacht shipyard, and has since designed, built, and re-fitted more prestigious yachts, both motor and sailing, than most people have had hot dinners. Not only does he craft them, he races these greyhounds of the sea, and wins as well!

No wonder then, with such impeccable credentials, that Dominique sought him out to design Lamima.

If you examine Lamima’s sweeping sheer you’ll see that, without impairing the tradition of Indonesian elegance, Marcelo the architect has unobtrusively incorporated refinements to enhance her intrinsic strength and stability. Aloft, Marcelo the racing helmsman has given her a sail wardrobe designed to catch every fickle breeze of the Indonesian archipelago. And when it comes to safety, Marcelo the highly experienced builder of mega-yachts has made sure that Lamima’s construction meets the high standards demanded under RINA (Registro Italiano Navale) specifications. We salute you, Marcelo. 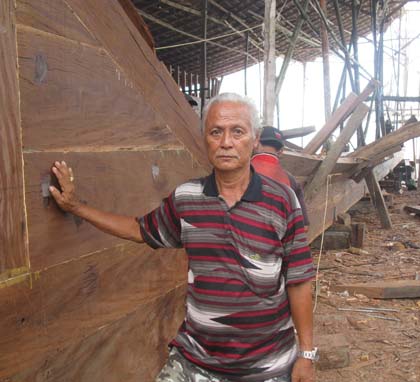 Those who wear the peci (headgear), those who have been to Mecca and kissed the black stone in Kaaba seven times, those who thus become hajis are held in high esteem in every Muslim community. Haji Baso, Lamima’s master-builder or punggawa, is such a man. The respect in which he is held in Bira comes also from his expertise in building the larger, more demanding phinisis.

Haji Baso learned his boat-building skills from his father (who, like all the men from Ara, had the knowledge of crafting hardwoods running in his veins) and for most of the 60’s he worked as a boat-yard carpenter.

However, by the end of the 60’s, Baso had become a married man with four children to support on the small wage of a carpenter and his prospects seemed unappealing. He decided to sell cloth on markets and soon opened his own shop stocked with construction materials, spare parts for engines and mixed merchandise. Prospering, he was eventually able to undertake the journey to Mecca to become a haji, a trip he has since made three more times, the last with his second wife, iibu Kartini, and his cousin Haji Saka. 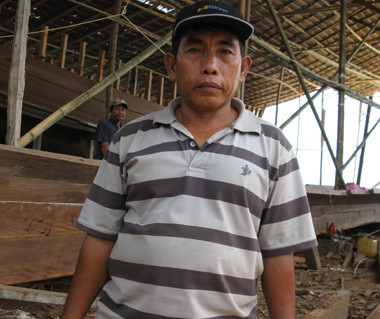 Even though Haji Baso’s shop was doing well, he was constantly tempted to return to his traditional calling. In the early 90’s, unable to resist, he set himself up on the beach at Marumasa, on the east side of the peninsula, and before long had built two 15-ton boats.

Going from strength to strength, he later bought land at Tanah Beru, on the western seashore, where he continued to make hundreds more vessels from small fishing boats to large cargo ships, as well as charter yachts for foreigners. His cousin, Haji Saka, having by then worked with him for ten years, became his trusted foreman and stayed with him when, in 2006, operations were moved back to the east side again, to Bira, where the steep slope to deep water off a small beach enabled them to build bigger boats.

Haji Baso’s boat-yard on the beach at Bira has the reputation of being the best in the area and the only one capable of building phinisis of Lamima’s calibre – and so it was that Dominique was directed there to discuss the possibility of building his dream. Being put in the capable hands of master-builder Haji Baso was a stroke of good fortune for Lamima and, without a doubt, a bonus for all those with a vested interest in the project of building and sailing with her. 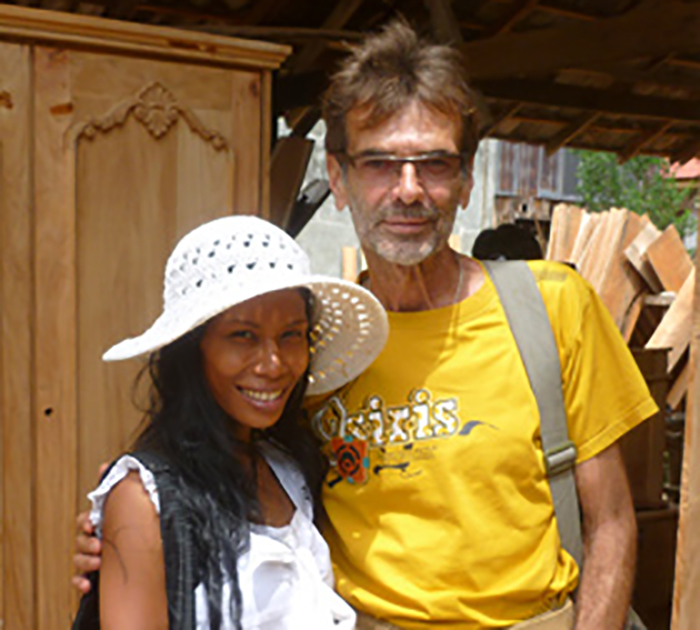 Bartho Metselaar, our Project Manager, is originally from The Netherlands but never wants to leave Indonesia again. He’s not only in love with the Indonesian countryside, customs and traditional village life, he’s also in love with one of the country’s daughters, Melissya, a local princess and his wife.

Bartho first came to Indonesia in 1982 and, arriving by chance on a beach in Sulawesi where traditional craft were being built, became fascinated. He observed the operation from keel-laying to launching, admiring the construction methods of the men from Ara and the resulting range of boats both large to small. When he returned to Sulawesi in 2005 he travelled again to Bira and became involved, inevitably, with building and refitting boats, as often as not in Haji Baso’s boat yard on the beach. And that is where Dominique found him, at his workshop and house next to the boat yard, when he had checked boatyards first at Tanah Beru. Meeting Bartho, appreciating his knowledge of ‘all things Bira’ (not least the lore of the boat yard), and recognizing in him a man perfectly equipped to be in charge of operations, Dominique asked if he’d like to join the team, act for him and smooth the way with his local expertise. Bartho, being a man ready for challenges and opportunities, accepted readily and the position of Lamima’s Project Manager has been his since that moment. 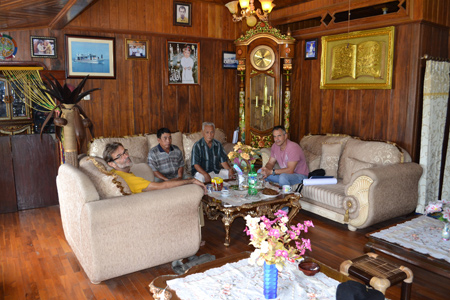