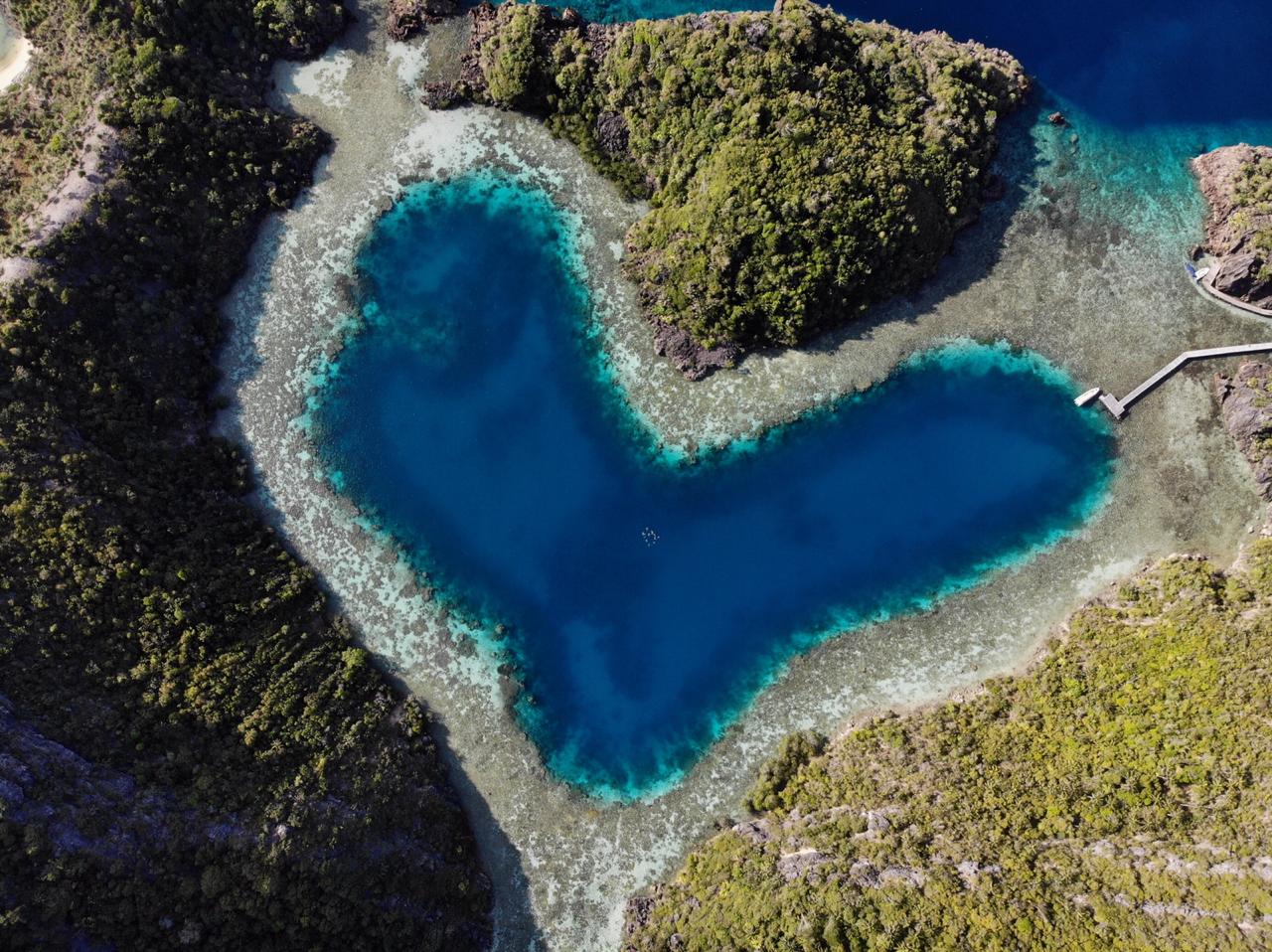 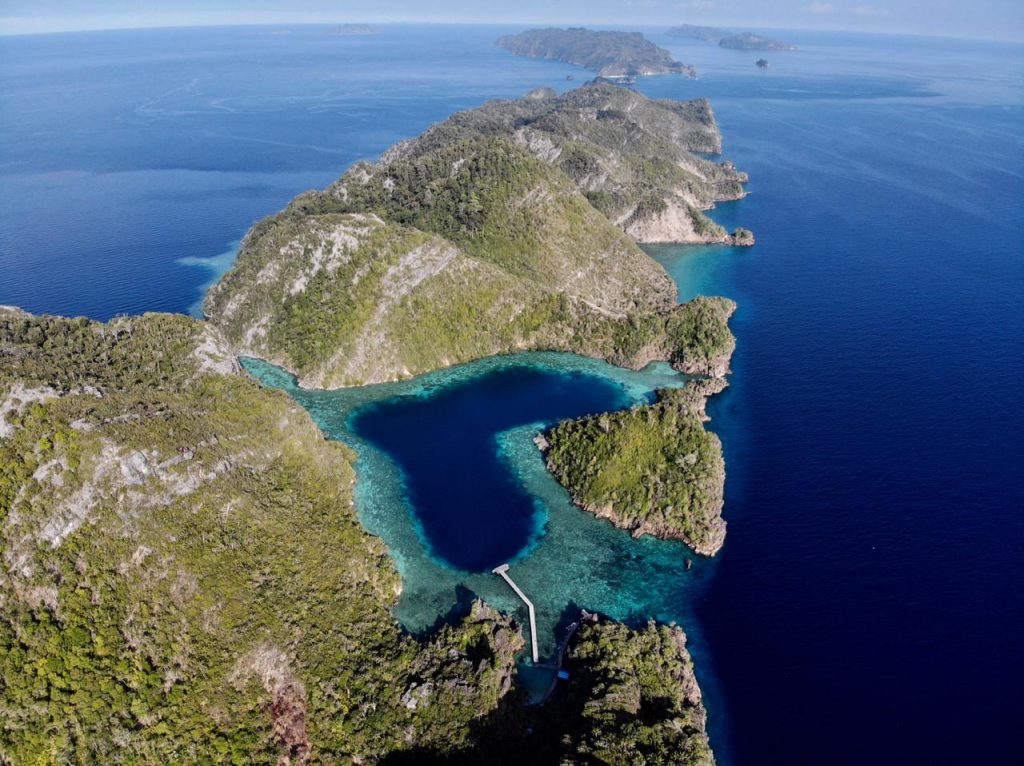 At the south of the equator rests a bewildering world above and beneath the surface of the wild waters. Resting on the intersection of the Indian Ocean and the Pacific Ocean is a heart-shaped lagoon with forests and waters bursting with the lushness of natural beauty. A shining gem carefully tucked in one of the remote parts of Raja Ampat – the Misool Island.

Raja Ampat never ceases to amaze its wanderers with its cluster of majestic islands that are simply worthy of exploration. One of the largest islands of “The Four Kings” is the Misool Island – a tropical hideaway beaming with beauty and tranquility emanating on each of the island’s best sceneries. Those who have been on the island couldn’t help but agree that Misool is an enchanted island of healing and exploration where peace and adventure seamlessly coexists.

Abundant and thriving with life – words that best describe the existence beneath the deep blue waters of Misool. Its enchanting clear waters is a sanctuary to many aquatic and coral species, rich biodiversity protected by the people safeguarding the island.

After thousands of years, the rich history and culture of the island is still being cultivated and can still be immensely felt and seen throughout Misool. Though colonized by the Dutch after it formed part of the sultanate of Tidore in the ancient times, its native core was still preserved and continues to be experienced in traditions and way of life despite the evolution of modern times.

The island once became a territory of the Dutch East Indies colony from 1816 to 1949 and a military base occupied by the Imperial Japanese Navy from 1942 to 1945 during World War II. Despite being colonized and probably influenced in one way or another by its colonizers, its indigenous essence remained solid which was kept alive from generation to generation which is evident from the culture, traditions and the way of life of the people of Misool.

In the deepest forests of Misool are caves with traces of life carved from more than 5000 years ago can be found, and evidence of life that thrived in the most remote places of Raja Ampat. Being part of this rich archipelago, Misool is blessed by the great Mother Nature so much that the people retained deep respect and gratitude towards the nature surrounding them.

Rightly neighboring the Seram Sea made the island of Misool a home to many aquatic species including large sea creatures like whales. Contained within the opulent nature of Raja Ampat, it’s clear azure water shares a huge percentage of known coral and marine species there is on the planet proving an abounding life underwater. Being a remote island destination has made Misool exclusive to those who are brave enough to pursue the island despite its location and to explore the life beneath its waters.

The seas of Raja Ampat was once vastly stripped off small and larger fish, including sharks, through years of unregulated fishing. With organizations working together to promote conservation, the seas of Raja Ampat were nurtured and allowed to fully recover, and when nature is given the chance, it can recover miraculously fast.

The lagoon of Misool was once occupied by shark fishing camps and now serves as a nursery for baby sharks. Sharks have returned to the reefs to help restore the balance in the ecosystem and they have multiplied at least 25 times more than a decade ago. The seas of Misool Island were fully protected in 2007 and the recovery from the damage of loose and destructive fishing has been incredible. Once being hunted, the turtles are now seen serenely foraging the bottom of the sea, by the sand and the seagrass. The majestic ocean gliding and endangered giant manta rays have returned from wandering the high seas to finding a sanctuary in the reefs of Misool for cleaning, feeding and sociably intermingling within the biosphere. Misool Island, since its protection, is now hosting three times more fish than ten years ago and is one of the very few places on the planet where biodiversity is progressively growing and thriving.

Misool Island is sanctified with an abundance of its resources, providing for ample wildlife to explore and to protect. The development of tourism in Misool is still in its early stages making it easy for preservation and promotion of marine ecotourism. Some conservation efforts were already initiated and to further strengthen the protection on the island’s resources, several organizations have been developed. One of which is the Misool Foundation that was established as an Indonesian charity that aims to protect marine and reef biodiversity with the help of the local community. Through its mission of upholding life underwater, the foundation was able to support projects that share similar causes such as the Misool Manta Project, Misool Research Center, and the Misool Reserve.

Organizations dedicated to the conservation of the island, like those mentioned above, are committed to demonstrating ecotourism as support to the local community and its economy much more than the ways that could bring harm to nature in the long run such as mining, logging, overfishing and exploitation of natural resources. Through the promotion and showcasing of Misool’s tourist offerings that adhere to the cause of responsible tourism, Misool thrives in countless aspects including the most essential – safeguarding its community and its resources. 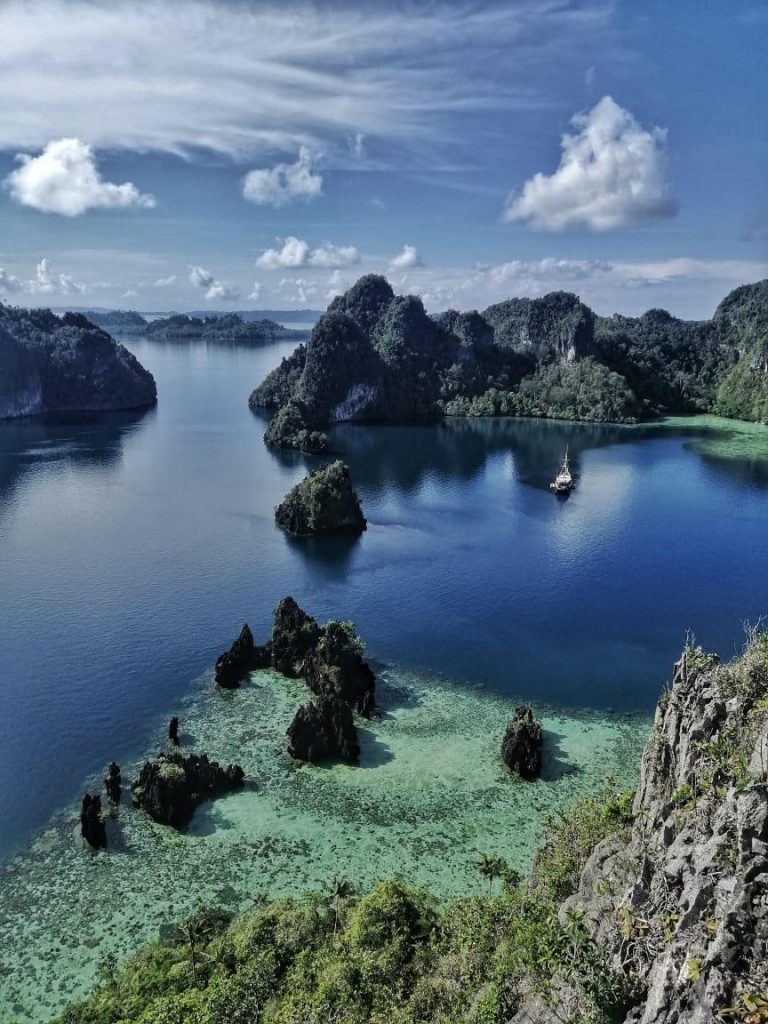 Exploring Misool is best done through a charter yacht in Raja Ampat where you can travel in the utmost leisure and comfort. A yacht charter allows you to explore even the most remote territories of Misool and Raja Ampat. The trip to the island may take 4-5 hours long but the scenic and picturesque journey will give a glimpse of some of the most astounding sites of Raja Ampat.

Exploring the Magnificence of Missol 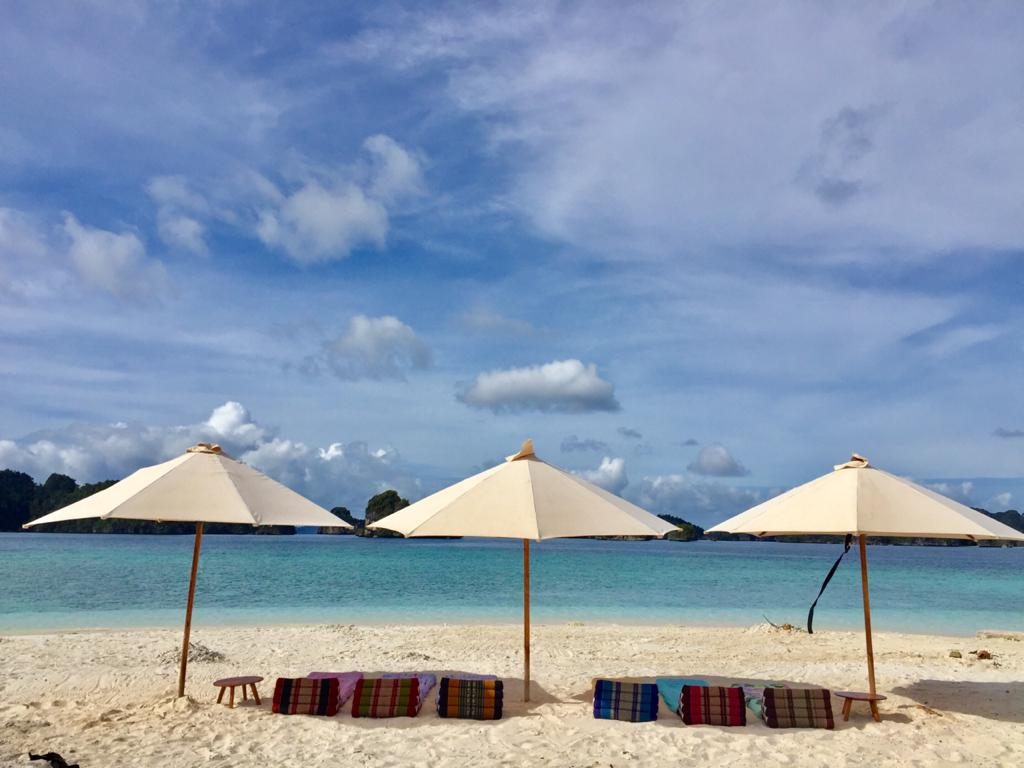 Misool shares the abundance of marine and coral life of Raja Ampat and they emanate beauty beyond imagination. To get the best experience of the island, one must explore its waters intimately through kayak, snorkeling, and diving, where you can spot many underwater sensations. Exploring the island through a kayak and going on a diving excursion on some of the best dive spots with an experienced local guide provides authentic Raja Ampat experience of a lifetime.

Although the island is most known for its rich marine and coral biodiversity, its landscapes, just like the other islands of Raja Ampat, equally deserves the recognition. Off the virgin shores of the islands, exploring its wilderness by foot opens a whole new realm ready to be discovered. Trekking may be quite an effort to some but it will open great adventures of unearthing the lush forests of Misool that springs mystery and exhilarating experience of the wild.

The Island of Misool possesses many panoramas but the best ones can only be marveled at the peak. Climbing on its towering limestone cliffs will let explorers capture the majestic view of the whole island of Misool. A picturesque view of the heart-shaped turquoise Karawapop Lagoon that is nestled among the steep limestone rock hills will dramatically present itself out of the sea. The Lake of Love, a beauty created by nature, has become a destination that one should visit when traveling the islands of Raja Ampat. A tremendous way to complete your Indonesian voyage is to see the sun rising or setting from beyond the horizon of Raja Ampat.

Raja Ampat’s majestic beauty flourishes all-year-round and provides a divine experience of a great tropical adventure. Of the islands of Raja Ampat, Misool Island is just one of those many islands that are perfect for explorations; an island worthy of praises and one that exceeds expectations.