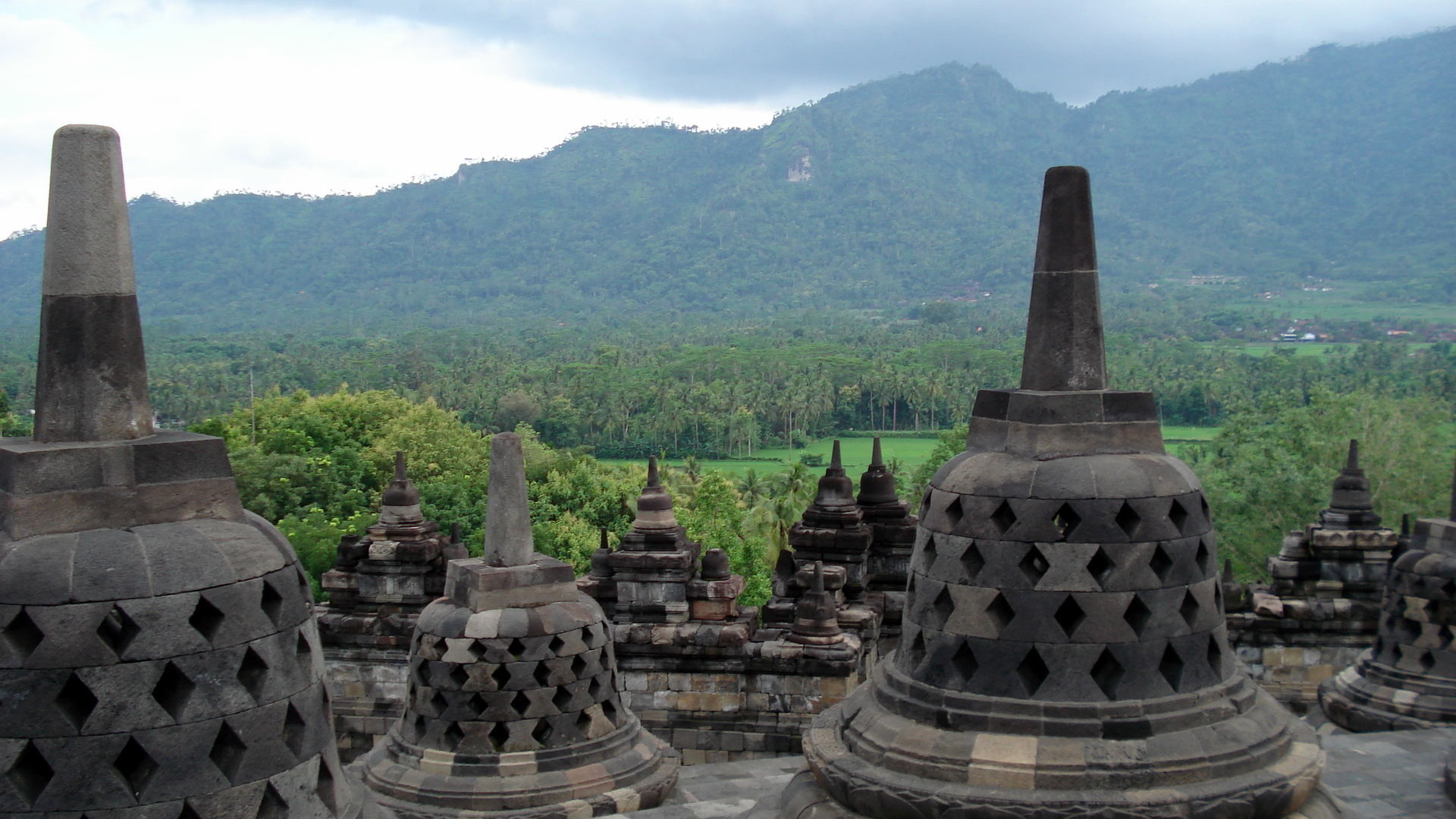 Incontestably picturesque landscape and rich biodiversity, considered as the world’s largest archipelago, Indonesia effortlessly allures tourists from adventure seekers to luxury holidaymakers. A haven to a diverse array of life forms, be it underwater, on land, and on air, the emerald of the equator boasts the crème de la crème on pristine paradise. 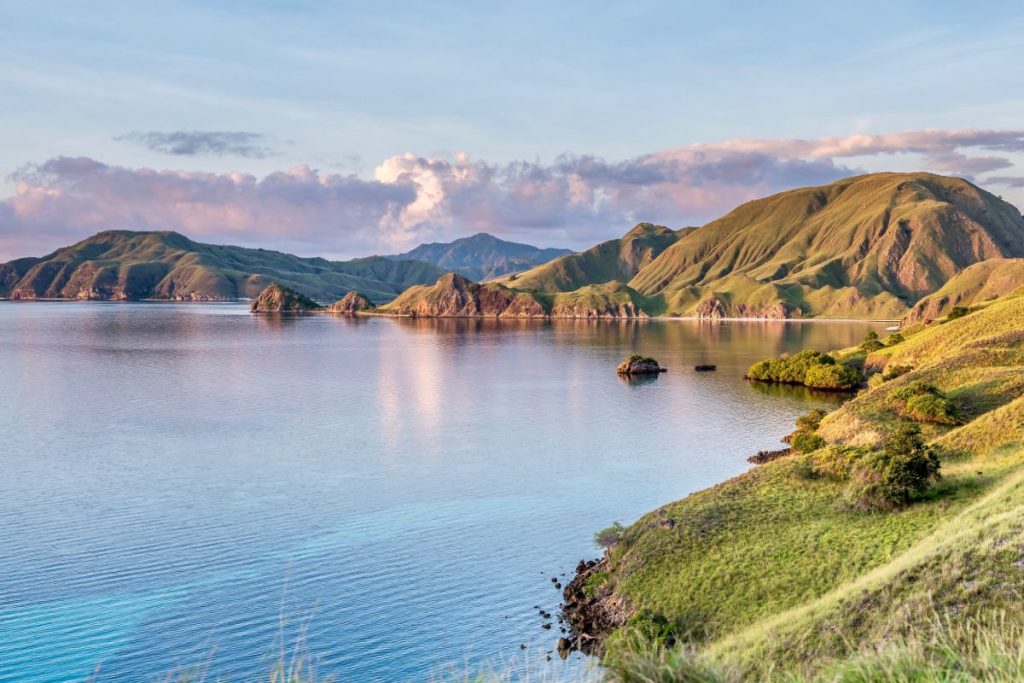 Off the coast of Flores, before Sumbawa, lies a UNESCO-protected island known to present an end-of-the-world ambiance with its rugged volcanic hills, infinite and dry savannah, and thorny green foliage. Contrary to its weathered form, Komodo Island is a sanctuary to a wide-ranging biodiversity from surface-dwelling wildlife to an immense aquatic biome.

The island is famed for being the lair of the tremendous and prehistoric Komodo Dragons or Ora, the world’s largest monitor lizard measuring up to 3m long and thrives only in Komodo National Park. Often dreaded by many, the ferocious dragons are known to be fearless descendants of dinosaurs and possess toxic saliva. Witnessing them in their wild nature is both nerve-wracking and awe-inspiring.

The rustic charm on land is as equally enthralling as the life beneath the ocean. Its vast and incredibly bewildering marine life consists of over 70 species of sea sponges, more than 200 species of vibrant and dynamic corals, 1,000 species of bony fishes, 6 types of whales, 10 types of dolphins, manta rays, crustaceans, turtles, nudibranchs, and reef sharks that easily beguile divers from all over the world.

Rightly set in between Komodo and Rinca is a small island recognized for its humbling and dramatic panoramic view of the whole Komodo National Park. The climb to Padar Island’s peak is relatively easy and offers a view of three unspoiled beaches with different colored sands – black, white, and pink, and waters that transition from aquamarine to sapphire blue. Padar Island also carries one out of seven of the planet’s extraordinary Pink Beaches that contributed to making the Komodo Archipelago one of Indonesia’s greatest natural treasures.

Related article: An Intrepid’s Encounter With The Wildlifes Of Rinca Island 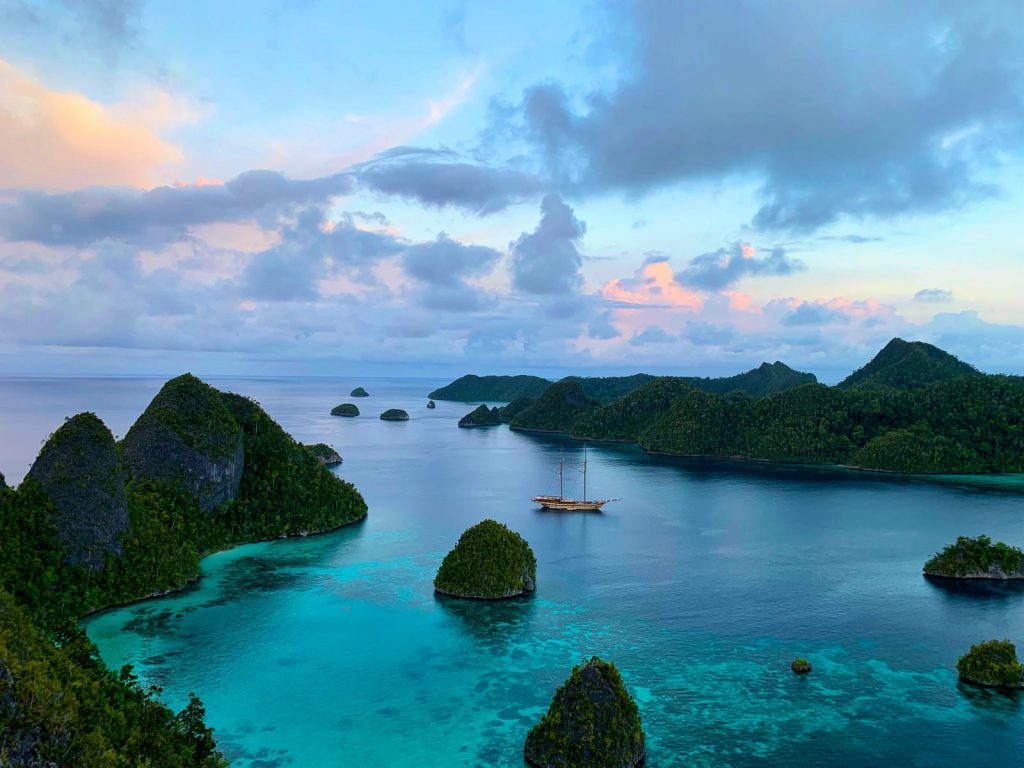 Raja Ampat which translates to “The Four Kings”, named after a local myth, serves as the reserve to the world’s richest marine biodiversity. Strategically positioned at the northwest corner of the West Papua province, extremely far-off Indonesia’s hustle-and-bustle and nestled within The Coral Triangle, the archipelago provides a tranquil ambiance that is not an easy destination to reach.

Delighting visitors with an impressive ecosystem, it embraces a 40,000 square kilometer of land and sea comprising of more than 1,500 islets that are set around the four main islands – Misool, Waigeo, Batanta, and Salawati. Dubbed as a “species factory”, it sets a record-breaking data for the highest marine biodiversity ever recorded on the planet, making it a legendary and most sought-after destination among professional divers. 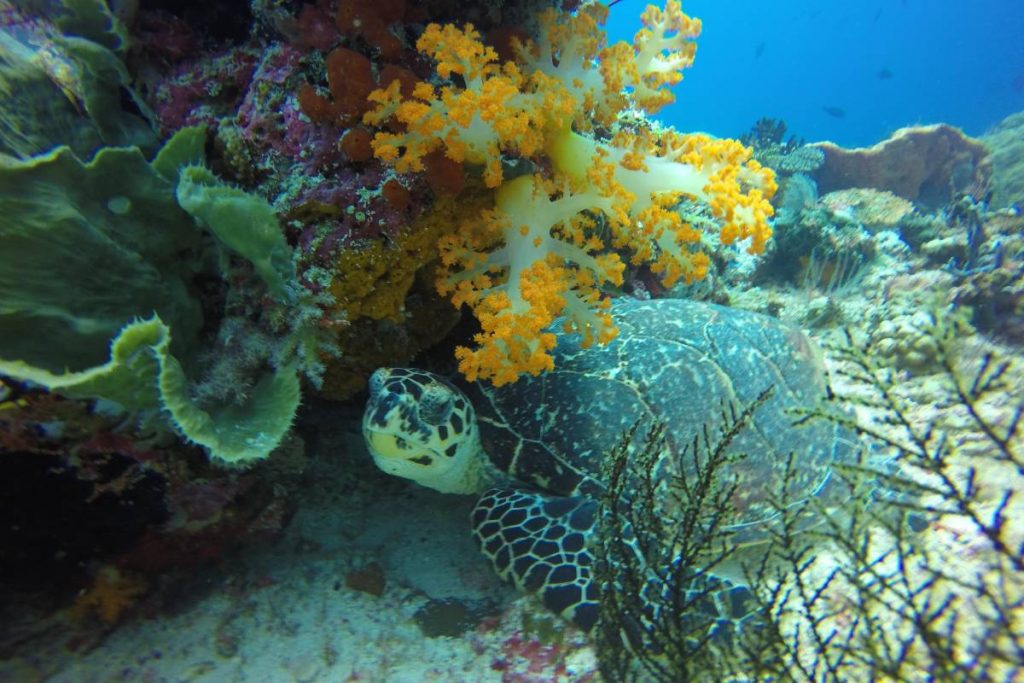 Far off the beaten track and one of the most remote and isolated wonders of the world, the 1,000 km immensely long chain of archipelagos remains undeveloped and preserved through time. Also known as the Southeast Moluccas or Maluku Tenggara, the Forgotten Islands expanses from Timor all the way to West Papua and are only explored primarily by divers. As it is surrounded by deep and transparent waters open to ocean currents, the archipelago persists to be a distinctly superior diving destination.

Two parallel lines of islands make up the unique archipelago with the inner arc formed by volcanic activity and the outer arc consists of coralline limestone resulting in a visually attractive layered appearance to the rock formation and exceptionally presented seascape. Forested mountain peaks that reach as high as 868m provides for a scenic terrain view along with flat islands vastly carpeted by verdant savannah, fringed with mangroves and forests are abundant with wide flat leaves.

Extremely rich waters exemplified with crystal clear waters entice both keen divers and ocean voyagers. The seascape features deep walls and pinnacles, swim-throughs, overhangs that are draped with dynamic corals, and transitions between shallow and thriving reefs to deep blue ocean. Strikingly pristine corals, sea fans, and huge barrel sponges adds to the charm along with unusual and captivating critters like scorpion fish, rhinopias, and pipe fish; and passing encounters with pelagics and larger fish from teeming schools of fish from barracuda, jacks, mackerels, and snappers, to scalloped hammerheads, mantas, mobulas, whale sharks, and dolphins.

Beyond its underwater splendor is a life that continues to be abundant in nature. Home to a multitude of bird species and an abundant assortment of endemic flora and fauna. Coastlines are fringed by fine white sandy beaches and enhanced with robust palm trees that provide a cozy shade to the local fishing village. 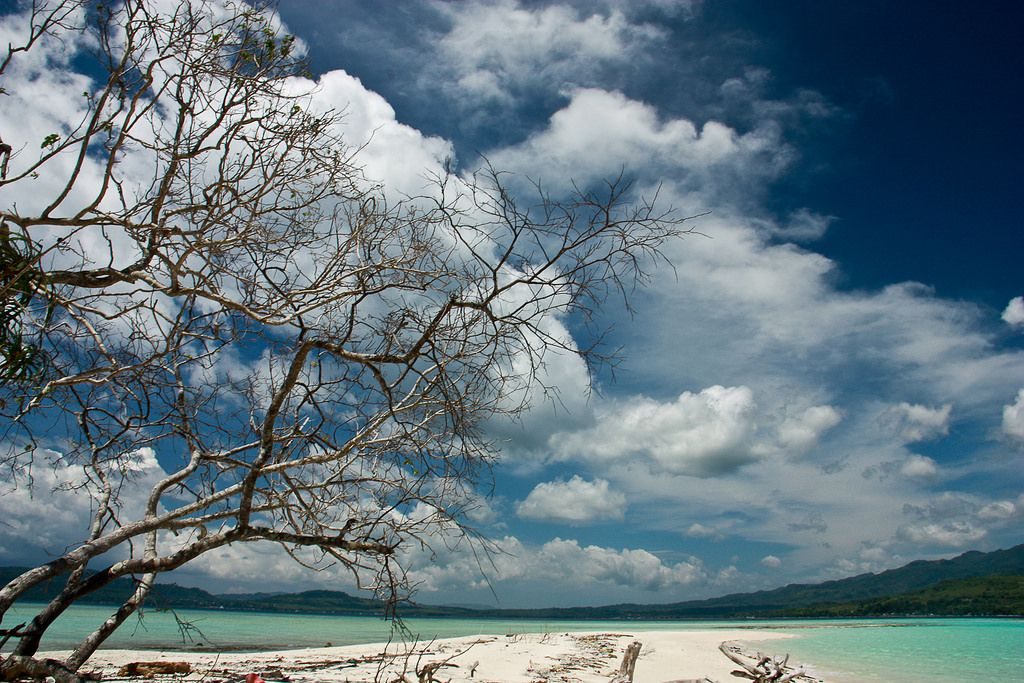 Marked in history as one of the thriving islands for the spice trade, inhabited for thousands of years, and proclaimed as the world’s largest producer of cloves, nutmeg, pepper, and mace, what once was the spice domain is now a celebrated travel destination for the intrepid explorer and luxury cruisers.

Encompassing the Maluku world (Moluccas archipelago) or what was commonly referred to as the Spice Islands, are a small group of islands located between the islands of Celebes and New Guinea. Covering a total landmass of 75,000 square kilometers, the Indonesian archipelago embraces the islands of North Maluku – Halmahera (largest), Obi, Morotai, Bacan; main islands of the Sula archipelago namely Taliabu, Mangole, and Sulawesi; and smaller islands such as Ternate and Tidore. South Maluku province includes the islands of Ceram, Buru, Banda, Wetar, Babar, Tanimbar, Kai, Aru, and Ambon. Ambon is the capital city of the archipelago.

Since centuries past, the archipelago of Spice Islands is still best explored by boat as the plush green islets mount firmly within a huge blanket of deep blue and aquamarine sea. The refreshing landscape view ranges from evergreen rainforest, patches of vast grasslands, mangrove swamps, active volcanoes with sulfur steaming out of its craters, and areas cultivated by local villagers. Visually dramatic and seamlessly cone-shaped volcanic isles attract daring travelers to explore and experience the warm and humbling local island life that is abundant in natural paradisiacal beauty.

Admired by avid divers as the archipelago seizes spectacular reefs abundant with vibrant corals and marine life shielded by the shadows of volcanic peaks. Frequently seen are schools of bumphead parrotfish, huge Napoleon wrasse, and blue-spotted stingrays, with sightings of peculiar marine species such as stargazers, frogfish, snake eels, and purple hairy squat lobster. With Australia located below the New Guinea archipelago, the Moluccas serve as a transition zone between the fauna and flora, vegetation, and the wildlife biodiversity of Asia and Australia with species that are only found unique to Spice Islands.

Travelers experience a glimpse of the past as villagers continue to cultivate nutmeg and cloves and spices are often seen in a basket on rooftops for drying. Local villagers affectionately greet tourists with smiles, salutations, and songs in their local language and often witnessed blissfully admiring aesthetically pleasing liveaboards and luxury yacht charters. 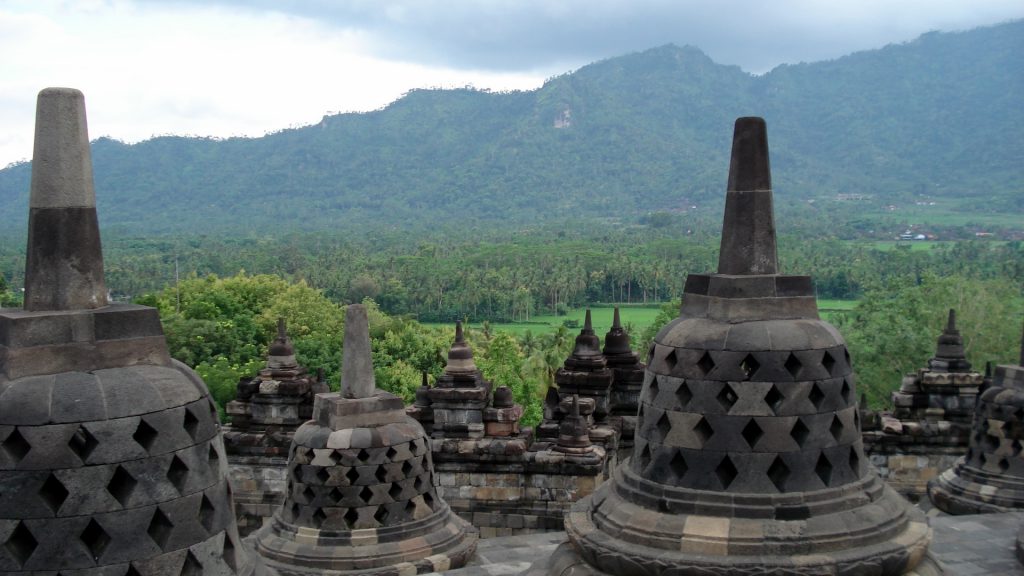 Regarded as the world’s largest Buddhist monument with a history that traces back to ancient times, Borobudur was once lost for centuries and found buried under volcanic ash and concealed in dense wilderness. Powerfully raised on an overlooking hilltop surrounded by lush greenery on the island of Central Java, the magnificent temple proudly holds the title as one of the seven wonders of the world and is one of the best-preserved ancient monuments in Indonesia. Majestically positioned in between two volcanoes and two rivers that are mystically arranged perfectly parallel to each other, Borobudur is deemed extremely sacred and treasured by Indonesians and tourists from all over.

Remarkably captivating from a distance with a glorious stupa sitting atop three circular platforms on top of five large square terraces, it is a combination of symbolic forms of the stupa, the temple mountain, and the mandala. With an architectural style that was influenced by Indian Gupta embellished by stone-carved indigenous styles and patterns that showcases the rich culture and artistic excellence of Indonesia. The monument of Borobudur is claimed to have the greatest and most comprehensive collection of Buddhist reliefs in the world despite it being forgotten for centuries.

The essence of the temple is best experienced through exploring it on foot, marveling at the details as you climb the top where you are rewarded with a fulfilling and extremely splendid overlooking view to cap off the whole experience.